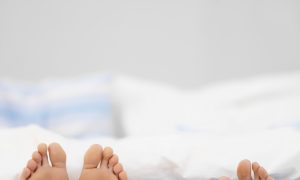 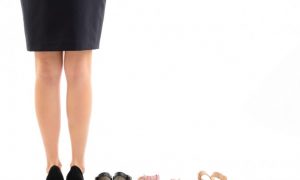 Health Check: How High Heels Harm and How to Make It Better (+Video)
0 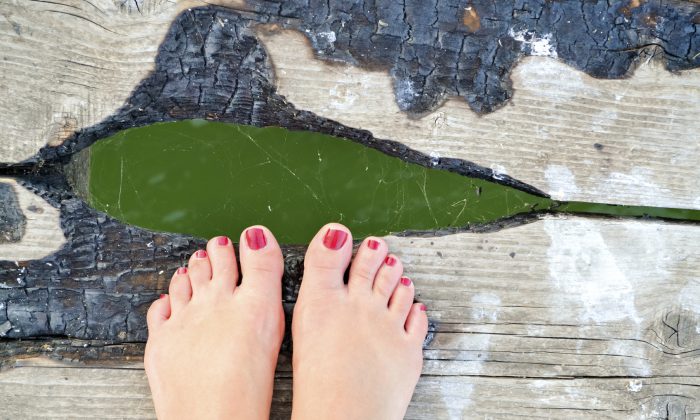 NEW YORK—Crystal Stewart suffered from bunions on both feet, walking and standing were painful and she was considering surgery. However, as a diabetic and self-described “big baby” when it comes to pain, she had concerns about how she would cope.

Then one day on the subway, an advertisement for minimally invasive bunion surgery caught her eye. Curious to know more she made an appointment.

Like any patient considering surgery, Stewart was a bit wary of the outcome, but she was immediately comforted when podiatrist, Dr. Andrew Glass explained how much less trauma the foot endures with minimally invasive procedures.

A bunion is a bony bump on the joint at the base of the big toe. Regular surgery for bunions requires an opening of two to three inches. Minimally invasive bunion surgery is done with only a 5-millimeter incision. The whole procedure is performed with long, thin instruments inserted through this opening. The surgeon carefully shaves off the protruding bone causing the bunion while looking at real-time X-ray images to see what’s happening underneath the skin.

Although it’s becoming more widespread, minimally invasive bunion surgery is still much less common in the United States than in Europe and Asia. Minimally invasive surgeries in general are a lot more difficult to perform than regular open surgeries, and they fell out of favor with doctors after some surgeons in the ’70s and ’80s got pretty bad results, according to an article in Podiatry Today.

Glass said these doctors were doing these surgeries blindly without real-time X-rays.

Glass acknowledged that the learning curve for minimally invasive techniques is steep, but said he prefers it because he thinks it’s better for patients. He understands what it is like to live with pain and permanent scarring having had several accidents, a metal plate surgically placed in his knee, and an infected jaw that caused an open wound in his mouth.

His pain drove his passion to practice minimally invasive surgery.

“It is the benefit of my problems,” he explained.

He was among the first surgical podiatrists in the United States to practice this technique, and unless circumstances call for it, he does not saw off and realign metatarsals (the mid-foot bones, located above the toes), which is common in bunion surgery.

Crocs Are Bad for Your Feet, Some Doctors Say

How to Deal With Pain in Your Heel

When the metatarsals are cut off, the surgeon needs to insert pins or screws to realign and keep them in place. When seen on an X-ray after surgery, the foot often looks well aligned and the surgery seems like a success, but that is not always the case, Glass said.

In his experience, this kind of surgery, besides taking 2-3 months to heal, can reshape a patient’s foot and change the way they walk or stand. This can be inconvenient—especially if the patient’s career depends on their standing or actively moving for prolonged hours.

And for patients who are sensitive to the look of their feet, the scar is smaller than the size of the tip of a pen.

Minimally invasive bunion surgery also only takes two weeks to heal at most, and usually just a few days.

Stewart had her first bunion surgery done in September. The procedure lasted about 30 minutes and was a success. She had one stitch to close the wound and went home the same day.

Glass gave her a 30-day prescription for pain and anti-inflammatory medication, but despite her lack of pain tolerance, she only took the medication on the first day after surgery and once when she accidentally bumped her foot. Other than that, she didn’t feel enough pain to take it, even when she was walking.

Needless to say, she’s very satisfied with the results, and is planning to have her other bunion removed in November.

“It was not what I expected … it turned out to be a better experience than I thought it would be,” she said.