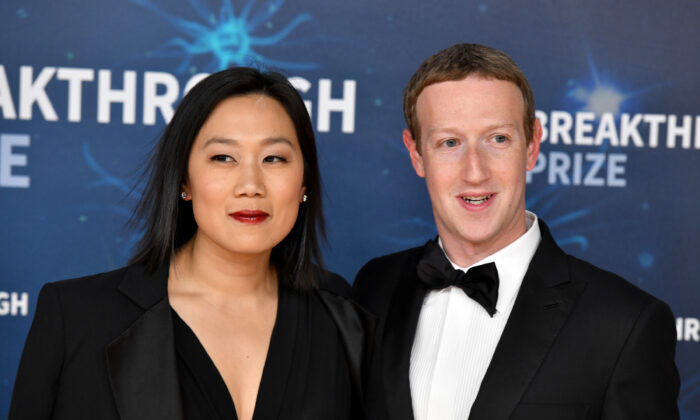 Milwaukee’s acting mayor, former mayor, and city clerk have been accused of being involved in an election bribery scheme for accepting election-assistance money from a Mark Zuckerberg-funded activist group in the 2020 election cycle, according to a legal complaint filed with the Wisconsin Elections Commission.

The 2020 presidential election in Wisconsin was heavily litigated and is being investigated by the state legislature. Wisconsin Republicans claim the election process was corrupt and fraud-ridden and have proposed decertifying the results, even though they admit that doing so would not remove Joe Biden from the presidency.

The legal action comes after 16 states have enacted legislation to ban or regulate the acceptance and use of private funds by public election officials.

“We can’t undo the wrongs of the 2020 election,” said attorney Erick Kaardal, special counsel at the Thomas More Society, a nationwide public interest law firm, which filed the complaint on March 23.

Facebook founder Zuckerberg and his wife, Priscilla Chan, who are supporters of President Joe Biden and Democratic Party candidates, grabbed headlines during the 2020 election cycle by giving about $400 million to the Center for Technology and Civic Life (CTCL).

In 2016, then-candidate Donald Trump, a Republican, beat Democrat Hillary Clinton in Wisconsin by 22,748 votes. But in 2020, Joe Biden, a Democrat, beat Trump in the state by 20,608 votes, according to Ballotpedia figures. Critics claim the assistance provided by CTCL to Milwaukee and other heavily Democratic cities in the state may have put Biden over the top.

According to the Thomas More Society, the legal complaint details efforts by the Chicago-based CTCL “to usurp the administration of the election, a core traditional governmental function.”

“Under the guise of COVID-19 prevention and via the illegal dumping of private money into the municipal process, the Center for Tech and Civic Life handed control of the 2020 election in Wisconsin over to private partisan interests, in the form of its ‘partners.’”

CTCL is run and staffed by Democrats, according to the law firm.

Its president, Cristina Sinclaire, previously worked at the left-wing organizations Catalist and the New Organizing Institute. Catalist was founded by Democrat Harold Ickes and boasts it was vital to former President Barack Obama’s victory in 2008. CTCL Executive Director Tiana Epps-Johnson previously worked for the New Organizing Institute and the Lawyers’ Committee for Civil Rights.

CTCL took the money from the Zuckerbergs and distributed it in the form of grants to jurisdictions across the United States purportedly to help those governments hire more staff, buy mail-in ballot processing machinery, and pursue other measures they considered necessary to administer the elections during the ongoing pandemic. Critics complained that CTCL’s grants favored Democrats because they tended to go to the electoral apparatuses in Democratic strongholds and that the funds were part of an attempt to unfairly influence the outcome of the elections.

The complaint alleges that the city’s acceptance of money from CTCL to selectively facilitate in-person and absentee voting and to purchase and place absentee ballot drop boxes in Democratic Party strongholds constitutes bribery and is contrary to Wisconsin’s election bribery law known as Statute 12.11, and other state and federal laws.

The statute “is very aggressive with respect to election bribery of this type,” unlike in other states, Kaardal told The Epoch Times.

“The statute prohibits the city officials from taking anything of value to induce electors to go to the polls, whereas in other states,” the laws often specify that the voter has to be induced to vote for a specific candidate or “for one party or something.”

Specifically, the complaint states that Barrett and Owczarski made an agreement with CTCL to illegally accept $3.4 million to facilitate in-person and absentee voting in the city.

“It’s election bribery,” Kaardal said. “But what makes it more interesting now, is that one of the means for getting people out to the polls, the placement of absentee ballot drop boxes in targeted neighborhoods, has been found to be illegal by at least one court in Wisconsin.”

City of Milwaukee and CTCL officials didn’t respond by press time to a request by The Epoch Times for comment.