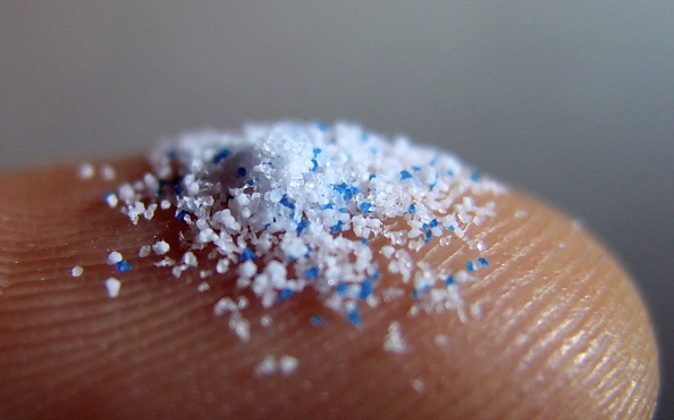 Researchers have discovered microplastics deep in the lungs of living humans for the first time.

Scientists at Hull York Medical School in England published their findings in the journal Science of the Total Environment, the first such study to show microplastics in the lung tissue of live people.

Microplastics are extremely small plastic particles composed of mixtures of polymers and functional additives that measure less than five millimeters in size and are generally unintentionally released into the environment because of the disposal and breakdown of larger consumer products or industrial waste.

Researchers in the study collected lung tissue from living patients undergoing surgical procedures at Castle Hill Hospital and Hull University Teaching Hospitals NHS Trust before filtering it to see what was present.

They observed 39 microplastics in 11 of the 13 lung tissue samples tested, a figure that is significantly higher than any previous laboratory tests.

Researchers identified 12 types of microplastics in total, which are commonly found in bottles, packaging, clothing, and rope, along with other manufacturing processes.

Polypropylene, which is used in plastic packaging due to its low cost and flexibility, and fibers of polyethylene terephthalate (PET), the chemical name for polyester, were the most prevalent forms of plastic found in the lungs.

“Microplastics have previously been found in human cadaver autopsy samples—this is the first robust study to show microplastics in lungs from live people,” said Laura Sadofsky, senior lecturer in respiratory medicine at Hull York Medical School and lead author of the study.

“It also shows that they are in the lower parts of the lung. Lung airways are very narrow so no one thought they could possibly get there, but they clearly have,” said Sadofsky.

Scientists said the findings indicate that one way humans are being exposed to microplastics is through inhalation.

The study also found microplastics that were a size and shape that would typically not be able to be inhaled by humans, and that male patients had considerably higher levels of microplastics compared to females.

Researchers now plan to conduct further studies regarding the impacts that microplastics may have on respiratory health.

While the health effects of ingesting microplastics are not clear, a University of Hull study published in 2021 asserted that they can cause cellular death or allergic reactions.

The latest findings come after a group of researchers in Europe said in March that they had discovered microplastics in human blood for the first time ever.

Scientists in the Netherlands obtained blood samples from 22 anonymous healthy adult donors, and analyzed them for particles. They discovered that 17, or 77.2 percent, of the donors had microplastics in their blood.