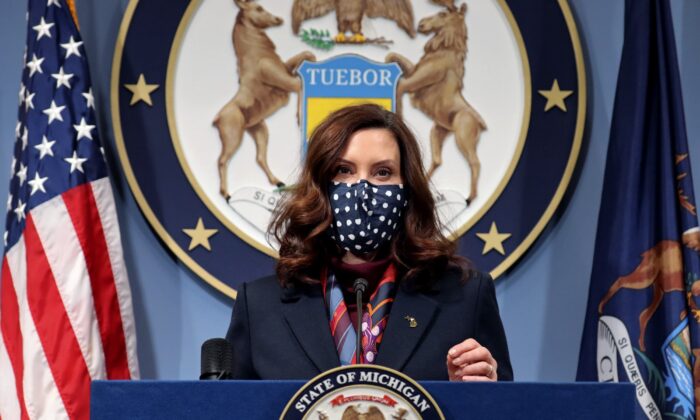 Gov. Gretchen Whitmer addresses the state during a speech in Lansing, Mich., on March 2, 2021. (Michigan Office of the Governor via AP)
By Steven Kovac