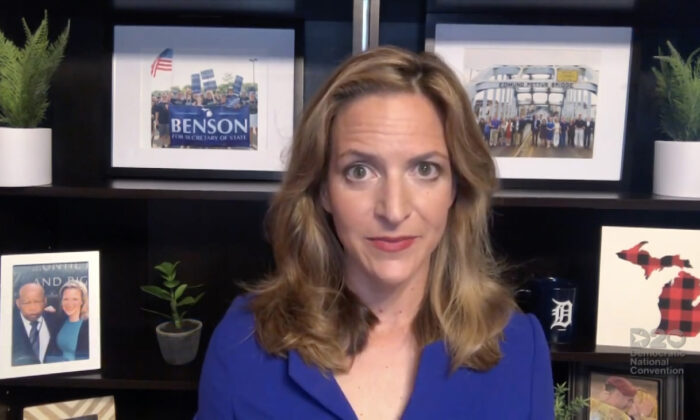 Michigan Investigates Missing Voting Equipment That Ended up on eBay

Police in Michigan are working with the state government to investigate how a piece of voting equipment ended up for sale online, according to Michigan Secretary of State Jocelyn Benson.

“We are actively working with law enforcement to investigate allegations of an illegal attempt to sell a voter assist terminal acquired in Michigan,” Benson said in a statement.

“Voter assist terminals are not used to tabulate ballots, but are typically used by voters with disabilities who need assistance marking their ballot privately at polling places,” she said.

“While our elections remain secure and safe, we take seriously all violations of election law and will be working with relevant authorities to ensure there are consequences for those who break the law.”

The machine had disappeared from the Colfax Township in Wexford County.

“The equipment that went missing was not anything that could change a vote. It was a touchscreen [Voter Assist Terminal] machine,” Nyman said. “No election data was on it and you can’t get into the machine without the program cards and those were all accounted for.”

Harri Hursti, a cybersecurity expert in Connecticut, said he had purchased a Michigan voting device on eBay for $1,200. He told WJBK that he then reached out to state officials after the purchase went through.

On Twitter, Hursti wrote: “I contacted MI authorities even before the machine arrived – and before I even knew for certain if the machine had been used in Michigan.

“I still do not know that as a fact, because the machine is still in an [unopened] box,” he added.

He is now waiting for law enforcement to collect the voting device.

According to CNN, the eBay seller of the item is Ean Hutchison, a man based in Ohio who had found the machine at an online Goodwill website in Northern Michigan.

Hutchison told CNN that he purchased the machine online at Goodwill for $7.99 before selling it for $1,200. “I have a knack for finding hidden gems really cheap and turning a quick profit,” Hutchison told the station.