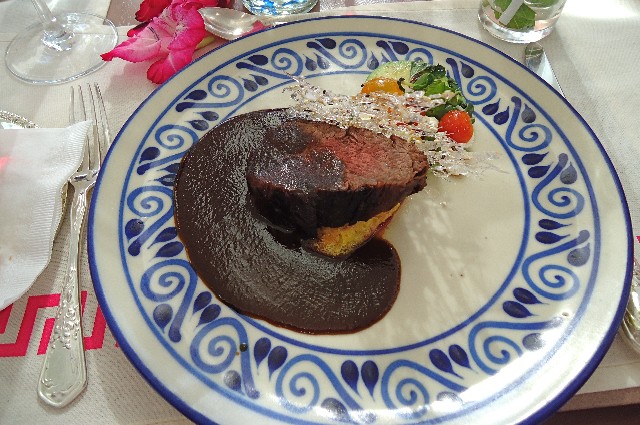 A culinary adventure through the city of Puebla
BY Susan James
TIMEApril 14, 2013

The history of the Mexican city of Puebla is written in its food. In its “cocinas” or kitchens, cooking traditions based on native corn, pumpkin, tomatoes, and chocolate have mixed for centuries with Spanish, French, and other European influences.

Special dishes are the hallmark of the city with new influences arriving daily. Tacos Arabes, a fusion of Mexican street food and Eastern Mediterranean shawarma, meat cooked on a spit, is the gift of recent immigrants, while the popular cemitas are the local take on an American oversized sandwich served on a sesame seed bun.

From chefs de cuisine to street vendors, poblano food is a world where different culinary languages experiment with new vocabularies.

On a recent trip to the city, I toured Puebla’s dining hot spots, beginning at the Mercado de Sabores Poblanos in the west of town. This recently opened, enclosed food court offers some 130 vendors preparing and selling typical poblano fare. If the décor looks minimalist and sterile, that’s the point. You can eat here without fear of internal reprisals. Mole (pronounced Mo-leh), the town’s signature sauce, is the big draw. Great clay pots of red, green, and brown sauces simmered everywhere.

Legend says that 16th-century nuns at the convent of Santa Rosa were asked on the spur of the moment to provide food for an unexpected archbishop and were forced to improvise in the kitchen. Dozens of ingredients they happened to have on-hand found their way into a dish that would make Puebla famous.

There are as many variations of mole as there are kitchens that cook it. The most popular is mole poblano, featuring chocolate and chilies that have a spicy sweetness and can be eaten with turkey or chicken, pork or beef. Green pipián mole is a variation made from pumpkin seeds, tomatillos, and chilies, and it has a savory earthiness to it. There is even a cashew mole inspired by the China Poblana, a woman from India, mistaken for Chinese, who lived in Puebla in the 17th century.

For a more upscale ambiance, I headed to Casareyna just off Privada 2 Oriente in the historic city center. Located in a boutique hotel of the same name, this restaurant specializes in local dishes. Most Poblanos have strong opinions about their food, and my taxi driver insisted that I try the restaurant’s chalupas, a street food that has gone up-market at Casareyna. Small rounds of masa harina (cornmeal flour) are shaped into tortillas, grilled, and covered in green or red sauce with a light pull of local beef, a dollop of crème fraîche and a squeeze of lime. They were the perfect accompaniment to a crisp, salt-rimmed margarita.

Another restaurant in the old colonial district is Fonda de Santa Clara located at 3 Poniente. In a two-story building painted all the colors of the rainbow, the lure here was the sopa poblana, a rich chicken broth with layers of flavors of corn and garden vegetables laced with chilies, featuring a flotilla of succulent zucchini squash blossoms. Served with a piña colada and a basket of fresh bread, enjoying the light lunch was a breeze.

For one of the best salads in town, I tried the opening act at the Casa de los Muñecos located at 2 Norte 4. A Spanish Baroque house built around an inner courtyard, the restaurant offered a beautiful presentation of the region’s fruits. Pineapple—grilled to bring out its sweetness—was mixed with strawberries and papaya on a bed of fresh lettuce, dressed with balsamic vinegar, all topped with a creamy avocado ice cream. One serving just wasn’t enough.

The high point of my Puebla culinary adventure was a luncheon held by the governor of Puebla, catered by Eduardo Kohlmann. Kohlmann’s creations represent the cooking traditions of Puebla raised to a new level of fine dining. Without losing any of the earthy regionalism of the dishes’ origins, sublime course followed sublime course.

Hearts of palm served with mango and avocado preceded a delicate artichoke soup with surprising layers of flavor. The main course was filet mignon, perfectly cooked, served on a sesame pancake, and sauced with a hand-ground chocolate and chili mole of such subtleness that no single ingredient intruded with any other. Tiny heirloom tomatoes tossed with goat cheese, avocado, and mint were the perfect refresher for the meat.

For dessert there were two choices—rich crème brûlée with hand-rolled chocolate truffles, or a delicate corn sponge cake infused with sherry and served with crème anglaise and ice cream.

The culinary harmonies of Puebla, as they always seem to, sang in perfect balance. 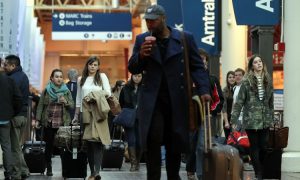 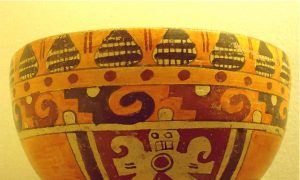