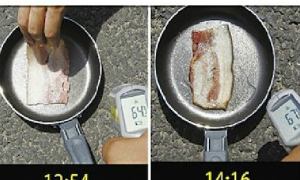 China Hot Enough to Cook Bacon Outside, Then Really Cold
0 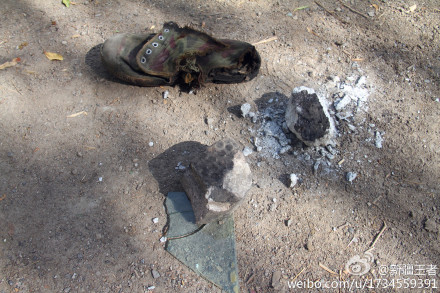 A meteorite crashing into a Xinjiang Province village on Thursday has netizens commenting over the incident as a possible “heavenly warning sign,” with no good portent.

The rock landed in a dump site at 2:00 a.m. and left a ten foot hole in the ground. No casualties have been reported and scientists are researching the origin of the meteorite, according to official media.

A local posted on Sina Weibo, China’s Twitter-like platform, “We woke up to an extremely loud crash. Windows were shattered but no one was hurt.”

“The falling of a meteorite connotes an impending event of great importance,” wrote another netizen.

According to ancient Chinese culture, the fall of a meteorite onto Earth is an omen that the Emperor hasn’t done a satisfactory job leading his people, or that deaths or social instability are not far off.

In the past, there have been several major incidents that followed meteor showers.

On March 8, 1976, three large meteorites and over 3,000 small ones hit Jilin Province, the biggest shower since the Chinese Communist Party took power. In the same year, the Party’s three major leaders—Mao Zedong, Zhu De, and Zhou Enlai—all died. And in July of that year, an earthquake in Hebei Province claimed hundreds of thousands of lives.

Then in 1997, a meteorite shower struck Shandong Province, only four days before Deng Xiaoping’s death on Feb. 19.

Coming second place for the biggest meteor shower in CCP history was when meteorites hit Qinghai Province, on Feb. 11, 2012; that took place just before the Wang Lijun incident and Bo Xilai scandal, which exposed to the public fierce factional infighting in the regime.

No one is quite sure what the most recent meteorite shower may bring.