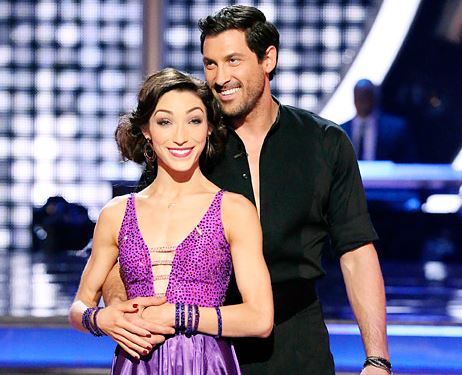 Meryl Davis, Maksim Chmerkovskiy: Dating Rumors Die Down as it Appears The Duo Won’t be a Couple

Dating rumors sparked by the undeniable chemistry between Meryl Davis and her alleged boyfriend Maksim Chmerkovskiy on Dancing with the Stars are dying down as it appears both are going their separate ways and will not be going out.

Known by many as “Meryl and Maks,” the two won the latest DWTS season with their impeccable routines and passionate moves on the dance floor.

Davis was coming off a spectacular showing at the 2014 Sochi Olympics, winning the gold medal with partner Charlie White.

Chmerkovskiy has been trying for years to win the ABC dancing competition but has come up just short.

Thanks to the skill, good looks, and chemistry, the pair snagged the win, setting off rumors along the way that they were going to become a couple as many could see how good they would be together.

But both have stepped around the discussion for the most part. Davis told one interviewer that personal lives “are personal,” but did deny that the pair are dating.

“I’ve never been one to comment on my personal life, but Maks and I have an amazing relationship. Our chemistry, I think, definitely stems from, you know, our friendship, the time we spent together on and off the dance floor, and we had an amazing time,” she said recently.

Maksim, who is known for being friendly with many women, has been less straight forward about their relationship. Asked about the bond recently, he raved that it was the “perfect partnership.

“About our romance?” he said. “I love her. I love her!” he told Us Weekly. “I love her as a person and for what she has allowed me to do with our choreography and how much she’s embraced it…She’s a brilliant person, and she’s also very normal. I enjoyed my time with her. It was sad when the season was over.”

A source recently told Us that the pair were “super touchy-feely” shortly after winning DWTS on May 20, but insisted that they’re just friends.

“Before dinner they were in a corner talking really close. He kept kissing her on the forehead and was doting on her.”

Another insider pointed out that Maks is “that affectionate with all women. He always acts like that. It’s how he is, very touchy-feely.”

Maks’ brother also said recently that the whole family enjoys Meryl but believes that the bond between Maks and the Olympian is beyond romance.

“He loves her probably more than I’ve seen him love another woman – he loves and adores her – but it’s like a King Kong type of relationship,” Val said.