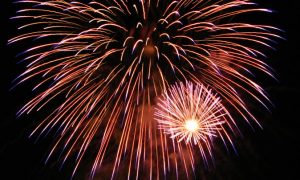 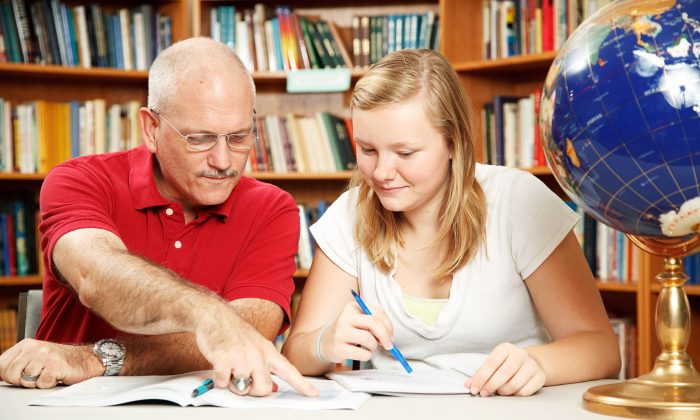 January being Mentoring Month is a good opportunity to explore how a mentor can help you improve in your work life, school life, or personal life in the coming year. Consider that not only someone you can directly meet with in person can serve as your mentor, but also historical figures from the past. (Lisa F. Young/Fotolia)
China

If you have a New Year’s resolution for 2016, whether related to improving yourself in your work life, school life, or personal life, you might be interested in exploring how having a mentor can help you. January is a good opportunity, as it is Mentoring Month in various countries, including Canada and the United States.

Consider that not only those you can directly meet with in person can serve as your mentors, but also historical figures from the past. Their stories and experiences often contain timeless advice and wisdom that can benefit people no matter what day and age.

Here are some gems of guidance from famous leaders and teachers from ancient China. They address a few common themes related to personal development and leadership, such as continuous self-improvement, self-reflection, humility, and respect for others.

The ancient philosopher Confucius, who lived some 2,500 years ago, is highly respected as the “greatest sage and teacher in Chinese history.” He was known to have been an earnest observer of others’ words and behaviours—in order to help himself improve.

If three people are walking together, among them there are certainly those who can be my teacher.
— Confucius

Confucius once said: “If three people are walking together, among them there are certainly those who can be my teacher. I choose aspects that are good and I learn from them. When I see aspects that are not desirable, I use those as reference in order to correct my own shortcomings.”

The sage encouraged his students to recognize that there is constant opportunity to learn from others’ positive qualities and examples of virtuous behaviour. Meanwhile, upon seeing others’ faults or wrongdoing, he suggested that his students look inward to consider whether they themselves display the same or similar conduct and need to rectify themselves.

Extending this to the organizations we are a part of, be it school, a workplace, a community group, or even our family, it can be seen how we can learn just as much from what we might consider poor leadership as well as from what we believe is good leadership. Perhaps what we encounter are reflections of our own inner state and deep desire to improve in specific ways.

For example, in a situation involving someone we may be having problems with, we may find that once we adjust our own thoughts and behaviour, the situation somehow resolves itself and we suddenly see that person in a different light.

Humility and Correcting Oneself

On the topic of leadership, correcting oneself when one is in the wrong is an important quality of a good leader, as is humility. There is a related story about accomplished prime minister Yan Ying and the driver of his carriage. They lived during the Spring and Autumn Period (770–476 B.C.) of the Zhou Dynasty.

A contemporary of Confucius, Yan Ying was a very short man but an eloquent speaker who had great influence on the rulers of the state of Qi. He was not only articulate and wise, but also a loyal and virtuous minister. He encouraged the dukes of Qi to care for the people and ensure their welfare through benevolent policies.

Correcting oneself when one is in the wrong is an important quality of a good leader, as is humility.

One day Yan Ying was travelling in his carriage and passed by the home of his driver. The driver’s wife happened to see them and observed that her husband had an arrogant, self-satisfied look on his face while driving the carriage.

When the driver returned home, his wife told him that she wanted to leave him and never come back. The driver was shocked and asked why.

His wife said: “The prime minister is a very short man compared to you, but he is famous across the land and well respected by all the nobility.

“Today I saw you driving him in the carriage passing in front of our house. I noticed that he looked like a man of great determination and purpose, and he displayed a gracious expression of modesty.

“In contrast, you are only his driver yet you appeared to think very highly of yourself. This is why I want to leave you.”

After hearing his wife’s words, the driver gradually changed his attitude and became kinder and more humble in every way.

After hearing his wife’s words, the driver gradually changed his attitude and became kinder and more humble in every way. Yan Ying was a bit baffled by the change, so he asked his driver what brought it about.

When he learned that his driver listened to his wife’s reproach and was able to make such a dramatic improvement in behaviour, Yan Ying recognized that he was a worthy person. So he recommended him for promotion to a high post within the state of Qi.

In training and education, many schools today are offering personalized learning programs and seeking other innovative learning ideas. While debate abounds about the merits of different modern methods, it is interesting to know that Confucius was the first teacher in Chinese history to provide instruction based on the student’s aptitude or ability.

Indeed in any group or organization there will be a diversity of people with strengths and abilities in many different areas. A key challenge and opportunity for leaders is to ensure the right people are doing the right tasks, by leveraging and building on individuals’ strengths and aligning them with the organization’s goals, thereby helping everyone succeed.

In Chinese mythology there is a popular story about the legendary Eight Immortals of Daoist tradition that highlights how, by having each person fully utilize his or her own abilities and strengths, everyone can shine and the group as a whole succeeds in achieving a common goal.

As the story goes, one day the immortals went on a trip together and arrived at the edge of the East Sea. Now the usual way for immortals to cross a sea is by riding on a cloud, but Lü Dongbin thought of trying something new. He proposed that everyone make use of his or her own fantastic skills and special object instead.

All the other immortals thought it was a good idea. So each placed his or her own unique magical implement on the sea surface and used it like a boat. While Zhang Guo Lao rode on his donkey, Lü Dongbin used his sword, Li Tieguai (“Iron Crutch Li”) used his crutch, Zhongli Quan used his feather fan, Han Xiangzi used his flute, He Xiangu used her lotus flower, Lan Caihe used his bamboo flower basket, and Cao Guojiu used his jade tablet.

The expression “the Eight Immortals cross the sea, each displaying his or her own divine powers” comes from this story.

Knowing Yourself, Helping Others

The variety of solutions that the immortals used remind us that there is often not a “one size fits all” way of solving a problem. Any task can be completed or any difficulty overcome in a number of different ways by each person using his or her own strong points and skills.

If you are a leader, see if you can identify the strengths of each of your subordinates and help all team members maximize their potential. Respecting strengths and giving feedback and support to help everyone grow will go a long way toward realizing organizational goals.

In any group all members can similarly encourage each other in their strengths and help each other shine.

It also follows that, for any individual, knowing oneself is a key to personal growth and ultimate success in any endeavour.