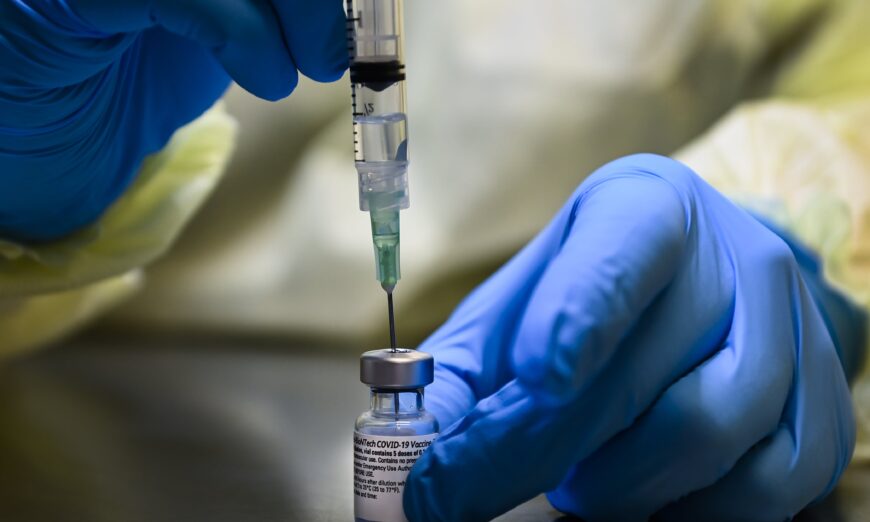 The data collected from Israel’s adverse events reporting system showing that some women experienced menstrual disorders for more than 12 months after receiving a COVID-19 vaccine raises concerns, according to Dr. Shelly Cole, an obstetrician-gynecologist in Texas.

“Looking at the Israeli data is very concerning,” Cole told The Epoch Times.

Of the 282 Israeli women who reported menstrual abnormality following COVID-19 vaccination, 88 reports contained information on the duration of the condition. And of the 88 reports, 83 disclosed that the menstrual problems lasted over a week. Some of the women’s problems had still not resolved.

All but one of the reports were from adults. The single child report detailed a disorder lasting between one and six months.

The reports were from women who received a Pfizer or Moderna COVID-19 vaccine. The reports were submitted between December 2021 and May 2022. They were discussed during a secret meeting over the summer.

Health experts say the actual number of menstrual cases is much higher than what is being reported to the system and others like it. Many women may have thought that their condition was not vaccine-related, been unaware of the reporting system, or not been encouraged by their doctor to lodge a report.

Cole said that she wasn’t surprised that women were complaining of irregular menstruation, including abnormal bleeding following vaccination. She’s seen it “throughout the pandemic” in her clinic and discussed the matter with other doctors.

She was still shocked when she learned Israel’s Ministry of Health (MoH) presented a lower risk of menstrual abnormality than what the adverse event reports showed in a public report (pdf) published in August, two months after the closed-door meeting.

The MoH used the total vaccine doses administered since the shots were cleared—over 18 million—as a denominator to calculate the risk of adverse events. The shots were cleared in late 2020, but the new reporting system was not launched until December 2021.

“They took the 18 months of doses of the Pfizer vaccination and they only looked at the side effects for six months,” Cole said. “So how can this be even remotely valid?”

That minimized the calculated risks of the adverse events reported, including menstrual abnormalities. And they included doses given to males when calculating risks despite men not menstruating.

“They minimized menstrual irregularity by implementing men in the data,” Cole said.

The MoH did not respond to The Epoch Times’ request for comment.

“The reported phenomena are known phenomena in the professional literature and were also found in the previous reports of the Ministry of Health, and there was no observation of an increase in a new phenomenon (new signal),” the ministry said in the report. That statement was false, according to the presentation in the secret meeting.

The MoH commissioned a group of researchers to analyze reports of adverse events submitted to their new reporting system following vaccination from December 2021 to May 2022. The researchers found that the duration of some events, including menstrual disorders, were not short-lived or mild as health authorities claim.

The researchers also said that Pfizer officials informed them that the company was unaware of any long-term symptoms.

Sasha Zhurat, the main presenter at that time, said that many of the complaints of menstrual abnormalities lasted for several months and not the couple of days that is mentioned in the brochure distributed to vaccine recipients.

“But compared to the leaflet where it says that the symptoms go away after a few days, we saw that there were many reports, and only 5 percent had symptoms that lasted between two weeks and a month, all the rest were much longer,” Zhurat said.

She added that “over 90 percent of the reports in which there appears some kind of topic of duration and long-term changes,” 60 percent reported a change lasting three months.

In 10 percent of these women, Zhurat said that they experienced the same menstrual issue following additional vaccine doses, a phenomenon known as rechallenge.

Rechallenge is one factor to establish causality between a vaccine and an adverse event when the re-administration of the same vaccine causes the reoccurrence of a side effect that had gone away.

Some side effects are officially recognized by vaccine makers and health authorities, such as heart inflammation. But the researchers discovered that some others were also caused by the shot.

The meeting was recorded without the participants’ knowledge and leaked to Israeli journalist Yaffa Shir-Raz, who broke the story in August. The Epoch Times has reviewed the full recording.

Some of the findings, including the finding of rechallenge, were omitted from the MoH’s report to the public.

After the rollout of the messenger RNA COVID-19 vaccines, many women around the world also began reporting menstrual changes.

One study found that the vaccines were linked to increased menstrual bleeding in about 39,000 women who responded to a survey that was launched in April 2021. The study was published in Science Advances in July 2022.

A different study published in the British Medical Journal on Sept. 27 found that vaccination can extend a women’s menstrual cycle. Researchers said that women who received any COVID-19 shot experienced a 0.71-day increase in their period following the first dose, and a 3.91-day increase in cycle length in those who received two doses.

The authors called for further studies on post-vaccination changes to a woman’s menstrual cycle and to determine the causes of the changes.

Lia Onely contributed to this report.

Meiling Lee
Meiling Lee is a health reporter for The Epoch Times. Contact her by emailing meiling.lee@epochtimes.nyc