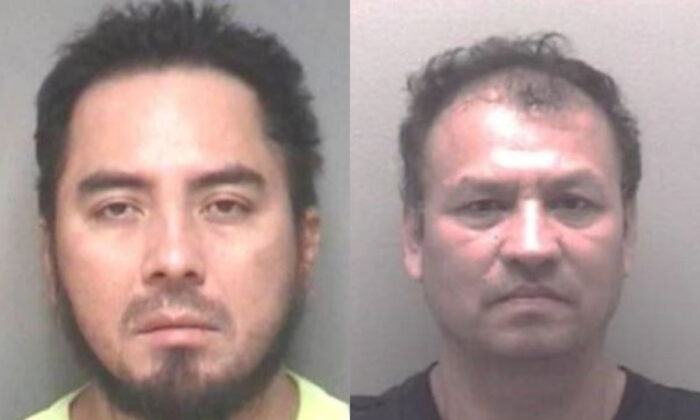 The two men arrested for allegedly planning to attack a July 4 celebration in Virginia are both in the United States illegally, with one having been deported twice, according to U.S. officials and court documents.

Both were charged with being non-U.S. citizens in possession of firearms.

Initial documents filed in General District Court in Richmond say the men are in the U.S. illegally. The documents say Alvarado-Dubon has an expired visa.

Both men are Guatemalan nationals, an official with the U.S. Immigration and Customs Enforcement (ICE) confirmed to The Epoch Times in an email.

Balacarcel was deported twice from the United States before, the official said, once in October 2013 and again in August 2014.

Immigration detainers were placed on both men.

Court documents note bond was set at $15,000 for Alvarado-Dubon, but the Richmond City Jail, where he was booked, still lists him as an inmate.

Colette McEachin, the commonwealth’s attorney for the city, told WRIC-TV reported that Dubon was released and that her office objected to the decision to grant bond.

“Nevertheless, the General District Court judge granted a bond and decided on the $15,000 amount himself,” she said.

The lawyer listed for Dubon declined to comment. His next hearing is on Aug. 2. Authorities in Richmond did not respond to queries.

It wasn’t immediately clear if Balacarcel had an attorney who could speak on his behalf.

Richmond police officials said in an earlier briefing that a tipster from a “hero citizen” led police to an apartment Dubon and Balacarcel shared. Dubon let officers inside, where they saw “clear evidence” backing the tipster, Richmond Police Chief Gerald Smith told reporters at a briefing.

The pair were planning to “shoot up” the Independence Day event at the Dogwood Dell amphitheater, which seats 2,400 and is located outdoors, according to officials. A concert and fireworks were held for the event.

The charge each man faces is a class 6 felony. Under Virginia law, the charge can bring a term of imprisonment of one to five years.