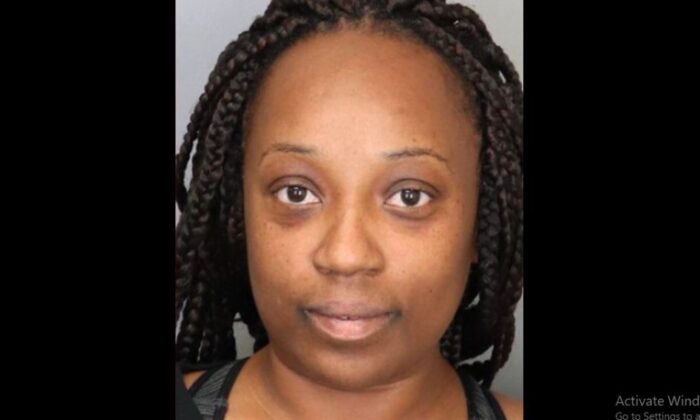 A Black Lives Matter organizer in Memphis was sentenced to prison after she was convicted for illegally registering to vote.

Pamela Moses, described by some outlets as the founder of a BLM chapter in Memphis, was sentenced to six years in prison last week after she was convicted in November 2021 for illegally registering to vote in Tennessee, according to prosecutors. Moses had felony convictions in 2015, making her ineligible to register to vote.

Judge Mark Ward, while handing down her prison sentence, accused her of making false statements to the probation department to register to vote.

“You tricked the probation department into giving you documents saying you were off probation,” Ward said in court last week. “After you were convicted of a felony in 2015, you voted six times as a convicted felon.”

Public records also show she was arrested in 2016 and charged with inciting a riot. Those charges were later dropped.

“I did not falsify anything. All I did was try to get my rights to vote back the way the people at the election commission told me and the way the clerk did,” Moses said at her sentencing hearing on Jan. 26.

A local activist in Memphis alleged that her conviction was erroneous, and her sentencing is too harsh for the crime she committed.

“Elected officials have used incredible amounts of resources in a time when there’s a backlog in this justice system unlike any we’ve seen before. They use resources to try and … convict this woman for trying to vote,” said Josh Spickler, executive director of the left-wing group Just City, in a news conference.

Moses previously said she never actually voted and only registered unknowingly. She faulted officials for not telling her about her ineligibility after she began probation on the 2015 charges.

“I relied on the election commission because those are the people who were supposed to know what you’re supposed to do,” Moses told News Channel 3 in December 2021. “And I found out that they didn’t know.”

However, prosecutors said during her trial that Moses knew that she was ineligible to vote.

“Even knowing that order denied her expiration of sentence, Pamela Moses submitted that form with her application for voter registration and signed an oath as to the accuracy of the information submitted,” prosecutors argued. “Pamela Moses knowingly made or consented to a false entry on her permanent registration.”