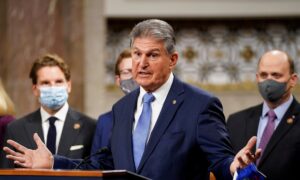 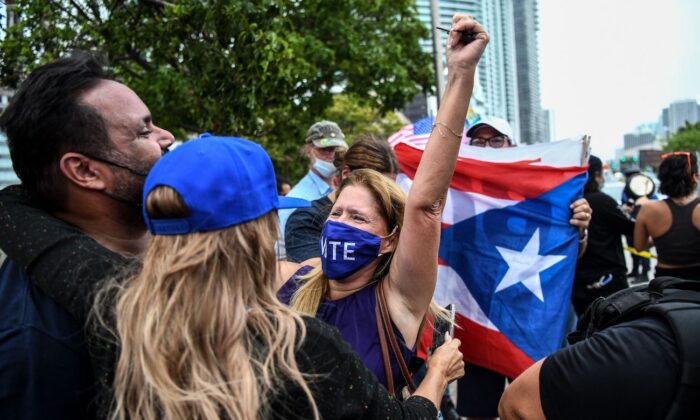 Focus groups conducted by a Democratic pollster recently found that many voters “have trouble describing a clear positive vision of what the Democratic Party stands for.”

Lake Research Partners, a Democratic polling and political strategy research firm, found that “most new Democratic voters … voted against former President Donald Trump and Republicans, rather than for Democrats.”

“Voters are not hearing enough about what Democrats have accomplished, what they are fighting to accomplish, and how they are standing up for voters’ values and priorities,” according a key finding in the document, which was addressed to the Congressional Progressive Caucus PAC. “Without Trump on the ballot as a clear villain or stronger definition as a party, Democrats are at risk of losing some of these new voters in 2022.”

The memo, first obtained by NBC News, summarizes what Lake Research Partners found from having conducted focus groups of swing voters—those who do not vote consistently for any political party—and surge voters—those who need motivation to vote—in 13 swing districts across the United States that were won by both Democrats and Republicans in 2020. The findings are to be released at a Progressive Caucus meeting on June 15, according to the outlet.

Both Democratic surge and swing voters are receptive to a message of “equity” and both have progressive issue priorities, with some overlapping issues including the environment and climate change, immigration, and social justice, Lake Research said in the memo.

Lake Research noted that swing voters did not pay much attention to messaging from Republicans attacking Democrats on issues such as socialism and defunding the police. They found the messages to be “divisive fearmongering.” But the pollster said that it is essential to talk about these issues because the swing voters do “care deeply about equity,” and simply avoiding these topics “will hurt Democrats.”

The pollster added, “Bold, populist, anti-corporate ideas are extremely important and can help candidates bridge the gaps between these groups.”