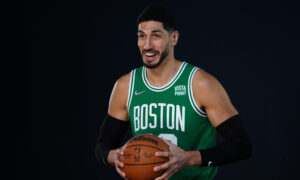 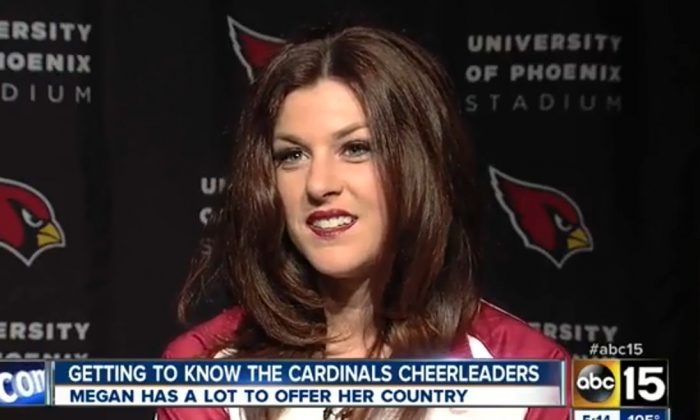 Megan Welter, an Arizona Cardinals cheerleader, is also a veteran of the Iraq war.

Welter, 28, served 16 months in Iraq after she graduated college in 2007, she said in a recent interview.

She said that she wanted to take a job that “was going to be meaningful” before she joined the U.S. Army.

“When I first joined, I went to basic training and from there I went to officer candidate school, so I was commissioned a second Lieutenant, and from there I became cable platoon leader and I deployed a month later from Henning to my unit to Iraq,” Welter told ABC15.com.

She added: “There’s a 100 percent chance going into it that I knew I was going to be deployed. I felt it was the right thing to do.”

Welter said she took ballet since she was 3 years old and later, danced competitively.

She is also a third-generation soldier.

“I was commissioned a second lieutenant at the end of April in 2007,” Welter told the staion. “And from there I became cable platoon leader and I deployed a month later from Henning Air Force base] to my unit to Iraq.”

When she got to Iraq, Welter was in charge of maintaining the the communications network for the largest U.S. base in the country.

“I thought it was the right thing to do,” Welter told AzCardinals.com last year. “I was deployed to Joint Base Belad which is about an hour north of Baghdad. At first, it was, it was scary you know, but…it’s what I signed up to do.”

She said that whenever she hears the National Anthem before games, she thinks about her time in Iraq.

“When you see the flag, it means a lot, you know, because our country has given us so many freedoms and to be a part of fighting for that and maintaining that, it, it means a lot. So yes, it gives me goose bumps, I can’t help it,” she told ABC.