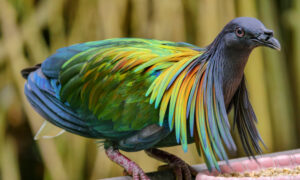 6 of the World's Most Spectacular Pigeons: These Stunning Birds Must Be Seen to Be Believed
0
Share Now
TelegramFacebookTweetEmailTellMeWeReddit
Copy Link 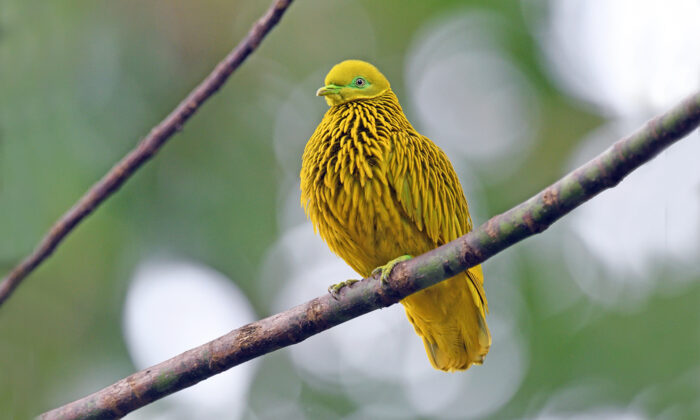 Meet the Golden Fruit Dove: A Gorgeous Bird That Will Stun You With Its Special Appearance

If you thought doves were just grey and white, then you’re missing out on the spectacular golden fruit dove.

Endemic to the Viti Levu, Beqa, Ovalau, Gau, and Waya group islands of Western Fiji, this spectacular bird species, also known as the lemon dove or yellow dove, is famous for its long and slender special feathers around the chest area, which appear like a beautiful human mane from a distance, according to the Australian Geographic.

The male species’s remarkable plumage is brightly colored and also gives off an iridescent sheen. Meanwhile, the head is slightly duller with the greenish tinge, and the bill orbital skin and legs are bluish-green, while the iris is whitish. The young and female golden doves can be easily differentiated as they have a dark green plumage with just a few spots of yellow peeking through.

Rarely seen near ground level, the golden fruit dove naturally inhabited open forest, gallery forest, and secondary growth, but is also found in the mature rainforest with tall trees. Additionally, these species are occasionally found near populated areas such as towns and villages.

While the golden fruit dove certainly puts on a colorful show, its cousins—the whistling fruit dove and the orange dove— wow with other colors of the palette. The orange fruit dove, scientifically known as the Ptilinopus victor, has the same elongated, “hair-like” body feathers as the golden fruit dove. In its case, however, these are bright orange and contrast with an olive-colored head.

It resembles its golden cousin in every way but resides in different Fiji islands such as the Vanua, Levu, Taveuni, Rabi, Kioa, Qamea, and Laucala islands.

Meanwhile, the whistling fruit dove (Ptilinopus layardi), or velvet dove, is just as striking. Like its cousins, it has brightly colored upperparts, with a contrasting head, in its case, bright yellow.

The golden and orange doves are listed as species of “Least Concern” by the IUCN, and the velvet dove is listed as “Near Threatened.”