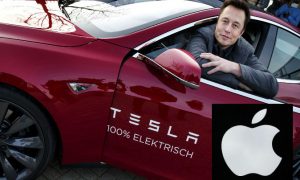 Would You Drive an iCar? Hubbub Among Analysts Over Apple-Tesla Meeting
0
Share Now
TelegramFacebookTweetEmailTellMeWeReddit
Copy Link 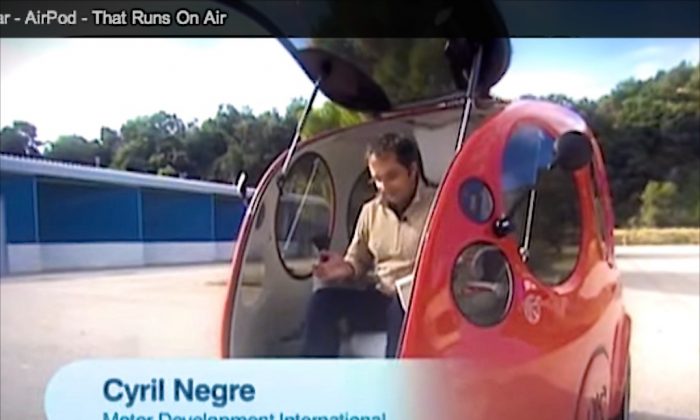 Airpod-Engineer Cyril Negre explains the basic functions of his vehicle that uses compressed air to fuel its engine. (YouTube)
Autos

Meet the Airpod, the First Ever Modern Car Running on Air

And for $10k it is really affordable, too
By Florian Godovits
biggersmaller
Print

This car might totally change our view on driving. The ‘Airpod’ is a 3-wheel-car that fully runs on… air!

It creators think the Airpod is the future of urban driving. The Airpod doesn’t have a wheel but only a joystick and runs fully without any emissions.

There are approximately 600 millions passenger cars running in the world burning about 1 billion cubic meter of fuel every year. Two scientists based in Nice, France, now believe they have come up with a solution to the problem in their lab.

Generally speaking the compressed air engine produces about the same emission as an electrical engine. But the engineers of the Airpod argue that the production of the compressed air is more environmentally friendly than producing electricity.

The technology behind the Airpod is durable yet simple, which allows for a low price. For $10,000 one will be able to be a trendsetter for urban driving. The engineers of the Airpod believe that after an ‘early adopters’ phase a broad customer base will pick up on buying the vehicle that resembles a bit to an old BMW Isetta – or a simple golf cart.

‘The cost of 50 Cent per 100 Kilometer (62 Miles) will attract a lot of people, once they learn about the existence of this technology’, says one of the French engineers behind the new vehicle.