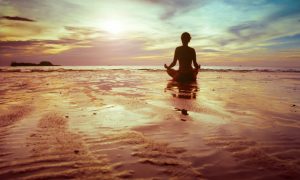 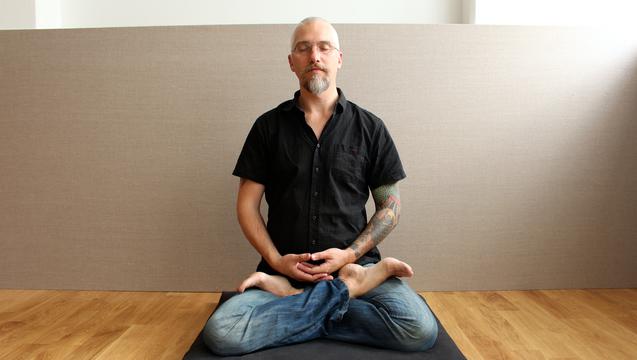 GOTHENBURG, Sweden—A Swedish prison, specialized in treating drug offenders, offered the inmates meditation – under the label of “mindfulness” – as an addition to their regular treatment program. The idea was that prisoners would be able to cope better with everyday life after their release. The method is called “The Path of Freedom”, and has received high praise from inmates and prison staff alike.

Ulrika Lilljegren, former manager of the Högsbo prison facility, says that inmates seem to be more responsive to the other treatment programs if they are combined with yoga or meditation, for instance.

According to Lilljegren, many inmates most likely suffer from neuropsychiatric disorders, like ADHD, or are damaged from long-term drug abuse. They often find it difficult to focus and concentrate.

“We had a guy like that [in the “Path of Freedom”-project],” she says. “Watching him sit still for half an hour, was a completely new experience. He was always very active, just bouncing around the ward, but he had found something in this meditation practice that allowed him to sit still.

Meditation provides new tools for the participants, helping them to perhaps stop and think before they act. They discover ways to adjust their behavior in a way that helps them not get into trouble all the time.

“Of course, different people had different reactions, but for a couple of them, it had a huge impact, and a great influence,” Lilljegren says.

Pake Hall from the Gothenburg Zen Center led the classes. He thinks the prison is a great environment for meditation.

“It’s such a difficult environment,” he mentions. “But you become aware of the fact that you need to face your own dark sides. They emerge when you’re locked up like that, and have nowhere to go. There is also plenty of time for practice. In many ways, it’s like a monastery.”

Hall feels a connection to society’s less fortunate. He often ended up with people that have social problems, with individuals whose behavior is on the borderline between what is and isn’t functional in society. He worked at treatment centers, and also with children with different kinds of difficulties.

When he began to meditate earnestly, he felt there was something in it he wanted to pass on to others. He thought about all the people who were locked up, who might be interested in meditation, but who don’t have a chance to learn it.

He joined an American network called Prison Dharma Network.  Here he became the mentor of a young American man, serving a double-life sentence for gang-related murders, and who had become interested in practising Buddhism. Their exchange was limited to letters, but the Prison Dharma Network later held a class that would allow Hall to hold Path of Freedom-classes at Swedish criminal facilities.

“The Path of Freedom is based on a very simple idea,” he says. “It’s all about helping people who are locked up.

“It’s about questioning whether these walls really are what’s keeping us from being free, or if there is something else standing in our way,” Hall explains. “Maybe we’re stuck in our own prisons, no matter if we’re sitting in our home in Gothenburg, with unlimited freedom, or locked up in a high-security prison? Maybe we’re all trapped by desire and aversion? This is a way to work with these issues, regardless of your surroundings.”

But shouldn’t society’s resources be used for helping people who fall prey to criminals and their actions, rather than the criminals themselves? Hall has a different perspective.

“I see nothing but victims here,” he says. “As soon as we commit an act that leads to another person’s suffering, that person suffers, but we suffer too, because we have to live with the consequences of that action. There are two victims, not one.”

He adds that the prison is in fact a great place for breaking the patterns of human existence. Many people in prison have deeply rooted patterns of hurting themselves and others. If you can somehow help them get out of these ruts, suffering may be reduced, both for them and for those around them.

The class consisted of 12 sessions. In order to motivate the inmates, they were scheduled in the middle of the week, which meant they could attend mindfulness classes instead of working. Each session lasted between 1 and 1,5 hours, and consisted of both theory and practice, one-on-one talks, and sharing experiences with the group.

Subjects like compassion, love, forgiveness, acceptance, and conflict resolution were at the center of the curriculum. Between the sessions, inmates would have “cell practice”, where they put into practice what they had learned.

“You don’t know how these people are going to take what you’re teaching them,” Hall says. “You sow little seeds during these short sessions. It’s a very, very dull environment. We’re in a locked room, with guards present at all times, for security reasons. New people join all the time, and many participants are having major problems with restlessness and anxiety.”

The “us and them”-culture of the prison was also an obstacle. To inmates, it’s important to not appear vulnerable, to be tough and to maintain their status.

“A mindfulness class is very much about just letting go and opening up,” Hall explains. “It’s about looking at what you’ve got, so of course the group can get sensitive at times. Once you’ve done a few sessions, though, something happens. It becomes a safe place, a ‘container’ for sharing things, or just listening to the teacher without making smart remarks to your neighbor. But as soon as new people enter the group, their masks are put on again, more or less.”

Being a neutral, third party in between prisoners, management and staff was also tricky, according to Hall.

“Everyone wants you to be their ally,” he explains. “The guards want to influence the inmates in a certain direction. Some thoughts and ideas are supposed to be ‘wrong’ from their perspective. And during the sharing with the inmates after the meditation, they would vent their anger with the guards. Not agreeing with them, yet not contradicting them, being there with them and not making them feel like you’re distancing yourself or disrespecting how they feel… It was very interesting, the way that game was always on.”

Overall, the project was a success. The response from the participants was positive. One of them wrote:

“My head is like a (…) ping pong game all the time, with balls flying all over the place, and now I’ve realized I don’t need to return all those balls.”

Another participant described how, when another inmate was “eyeballing him” in the cafeteria line, he remembered what he had learned in class, and just moved his attention down to his feet, instead of resorting to violence.

“That’s great, of course,” Hall says. “Those little seeds you sow, and when they tell you that they really liked it, and wanted more of it. It was worth the time I spent there.”