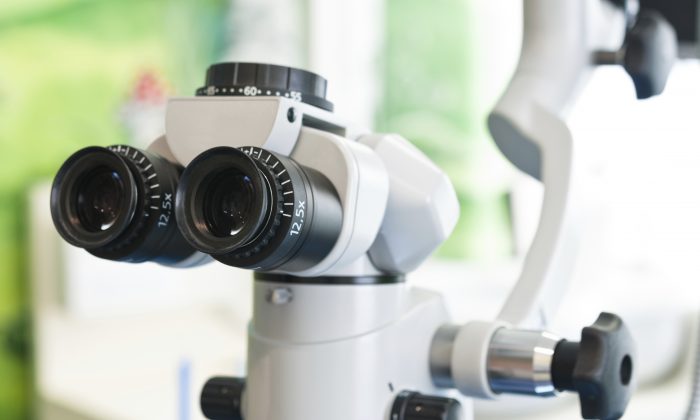 Medical Journals Pour Forth Hundreds of Articles on Race and Racism

The prestigious Journal of the American Medical Association and its JAMA network of other periodicals have published about 950 articles on race, racism, and racial and ethnic disparities and inequities in the past five years—about a third appearing in just the past year.

These numbers attest to the fact that the academic study of racial justice, power and privilege is no longer the sole domain of non-scientific university departments, such as sociology, literature and education. The trendy topic has migrated to peer-reviewed medical journals, where editors now view systemic racism as a leading cause of disproportionate illness and premature mortality among black people.

“The rules of the game have definitely changed, and these changes can be easily seen at the highest level,” said Shervin Assari, a professor of family medicine and urban public health at Charles R. Drew University of Medicine and Science, a historically black medical school in Los Angeles.

In the wake of the COVID-19 pandemic and the George Floyd killing by a Minneapolis cop, medical researchers have seized on systemic racism as a unifying theory that explains the shorter life expectancies and more prevalent chronic conditions among black Americans. The mass conversion to systemic racism as the canonical explanation for health disparities has swept through the medical profession with stunning velocity, emboldening scholarship with the certitude of a single explanatory narrative.

In a recent special issue of JAMA, writer after writer professes commitment to advancing scientific research into systemic racism, which is presented as an enduring blot on American society from its inception. JAMA features an opinion piece that embraces “the struggle” and “this movement.” Other physicians invoke the need for racial humbleness and humility. In the lead editorial, JAMA editors acknowledge “hurt, anger and outrage.” Physicians push for wholesale “culture change”—not as possibilities to ponder, but as a lifetime professional commitment.

A page on race and medicine curated by the high-profile New England Journal of Medicine features pieces on code switching, double consciousness and reparations as a public health priority. One of the featured articles, “I Can’t Breathe During Interviews,” recalls a job interview in which a white male interviewer, presented as Dr. X., attempts to discredit a black female doctor’s research on systemic racism. In her recounting, the black interviewee diagnoses Dr. X with an affliction peculiar to white people: “white fragility.”

The tone and certitude of the research invites skepticism and even derision from more traditional physicians. They express low confidence in the plethora of research into systemic racism, saying some of the studies are prone to confirmation bias and selective interpretation.

“The whole field is intellectually corrupt,” said Stanley Goldfarb, who retired in July from University of Pennsylvania where he was dean of curriculum and taught about kidney disease. “Some of these are really good people who have abandoned anything like a critical perspective.”

The rise in publications on health disparities was first noted in a 2016 article documenting the 100 most-cited papers on the subject, published in the Journal of Ethnic and Racial Health Disparities. The paper said that the number of citations an academic paper gets is a good proxy for measuring a paper’s quality and its influence in the field. At the time, only two of the 100 papers analyzed had more than 1,000 citations, and those two papers had been out for a decade and 13 years, respectively.

In the current wave, numerous papers have hundreds of citations, and a few have already crossed the 1,000-citation threshold. These are the new classic studies in medical literature, with the potential to influence the practice of medicine for years to come.

A JAMA Network paper published in April 2020, “COVID-19 and African Americans,” had 1,359 citations as of early November, according to Google Scholar. The paper said the death rate for black people was six times higher than for whites in some U.S. counties and suggested that “social reengineering” is complex but would be necessary to end “disproportionate suffering.”

“Being able to maintain social distancing while working from home, telecommuting, and accepting a furlough from work but indulging in the plethora of virtual social events are issues of privilege,” the paper states. “COVID-19 has become the herald event that now fully exposes the deep and chronic social wounds in U.S. communities.”

A December 2019 paper in the American Economic Review, cited more than 300 times, calculated that black doctors treating black patients would reduce the mortality rate of cardiovascular disease among black patients by 16 deaths per 100,000 a year, resulting in an 8 percent decline in the black-white male life expectancy gap. The authors said that matching black patients with black doctors would foster trust and improve compliance with doctor’s orders.

This paper did not find that white doctors discriminate against black patients. But it concluded that assigning black patients to black doctors increases patients’ interest in preventive care, because such patients will be more trusting and therefore bring up more health issues and seek more advice.

An article from January 2019 cited more than 600 times said that black people with college degrees have a lower life expectancy than whites (and Hispanics) who only graduated from high school. Furthermore, the article said that “secondhand exposure to racism”—that is, merely hearing about the racist experiences of others in the community—“was adversely related to child health.” Increased concern about discrimination was associated with increases in cigarette smoking, alcohol use, substance abuse, depression and ADHD, the article said, citing an earlier study.

The underlying facts—higher rates of child mortality, hypertension, diabetes and a host of other chronic conditions among black Americans—have been described in academic literature for decades, but professional consensus on their importance and their causes has shifted over time. For decades, the disparities were thought to be caused by biological differences or by some combination of nature and nurture. A classic 2002 article published in the prestigious journal Health Affairs expounding this view has been cited more than 1,400 times, according to Google Scholar, which would make it one of the most heavily cited medical journal articles on the subject of health disparities.

With authoritative precision, this paper states that premature deaths have the following causes, in the following order: environmental exposures, 5 percent; shortfalls in medical care, 10 percent; social circumstances, 15 percent; genetic predispositions, 30 percent, and behavior patterns, 40 percent. The article refers throughout to “behavioral choices” and “daily choices”—such as diet, unprotected sex and substance abuse—saying these “choices” account for at least 900,000 deaths annually. Nowhere does the article mention race or racism.

A pivotal change occurred the following year, when the Institute of Medicine (since renamed to the National Academy of Medicine) issued a massive report commissioned by the U.S. Congress, “Unequal Treatment: Confronting Racial and Ethnic Disparities in Health Care.” Citing some 600 studies on racial health disparities over the previous three decades, the 700-plus-page report blamed the practice of medicine for racial differences in health outcomes. The report said black patients experience worse health outcomes in large part because they are less likely to receive appropriate medical care for common chronic conditions, cardiovascular care, pediatric care, mental health, rehabilitative and nursing home services, and many surgical procedures. In some cases, black patients were less likely to receive a procedure, in other cases they were more likely to die from it; the study also noted that black patients are more likely to be referred for a bilateral orchiectomy (i.e., castration) and amputation.

“These studies illustrate that much of American social and economic life remains ordered by race and ethnicity, with minorities disadvantaged relative to whites,” the report said. “There is considerable empirical evidence that even well-meaning whites who are not overtly biased and who do not believe that they are prejudiced typically demonstrate unconscious implicit negative racial attitudes and stereotypes.”

Congress mandated a follow-up report each year on the gap, and all 17 subsequent reports have repeated similar findings.

According to the New England Journal of Medicine, not much has changed since the “Unequal Treatment” report came out. “The majority of U.S. physicians have an implicit bias favoring White Americans over Black Americans, and a substantial number of medical students and trainees hold false beliefs about racial differences.”

Thomas LaVeist, dean of Tulane University’s School of Public Health & Tropical Medicine, offered an illustration of how systemic racism produces inequitable outcomes through colorblind processes: When the federal Social Security program was created in 1935, the retirement age was set at 65. The actuarial age is neutral on its face, but in reality it means that black people in the aggregate receive less payouts from the system because they have shorter lifespans.

The model has an elegant simplicity, but it can quickly become unwieldy. If the fairness of Social Security were assessed by gender, for example, it would show that women live longer than men, and the system privileges women.

Indeed, the vectors are limitless, and one could apply any of a number of identity lenses—religion, nationality, political party, geographical region, sexual orientation, education level, ad infinitum—to divide any policy into winners and losers.

“The whole thing is complicated because there are myriad pathways,” said LaVeist, who has published more than 150 papers on racial health disparities. “The solution is to increase life expectancy—to understand why you have race differences in life expectancy. This is the problem to fix, not Social Security.”

Karan Arul, who wrote the 2016 article about the 100-most cited papers, said not only have the articles on health disparities soared in number since his paper was published five years ago, but they have also converged on the question of causation.

Arul, who is a resident physician at a New York metropolitan area hospital network, noted that medical schools have increasingly been teaching about implicit bias and the social justice dimension of human health, so that younger medical professionals were equipped with a ready vocabulary and intellectual framework through which to interpret the racial disparities.

“After 2020 we did see a lot more disparities articles focusing on components of critical race theory, whether that’s equity or intersectionality, and a lot of this has stemmed from the COVID-19 pandemic and the death of George Floyd,” Arul said. “With the advent of social media, the mass distribution of information, everyone is, in a way, a critical race theorist now.”

This article was written By John Murawski for RealClearInvestigations.