Medical Experts Weigh in on Bob Saget’s Cause of Death 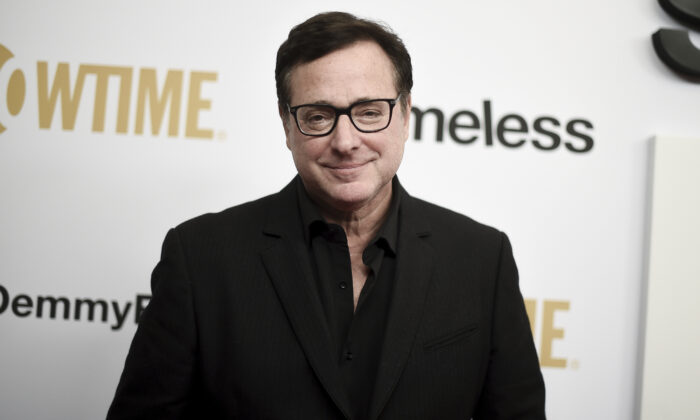 Several medical experts weighed in on an autopsy report that was released describing actor Bob Saget’s cause of death, with several saying that details about his death are perplexing.

“It is the most probable that the decedent suffered an unwitnessed fall backwards and struck the posterior aspect of his head. The manner of death is accident,” the report said. His family earlier said that he hit his head and decided to sleep it off before he was found dead.

But Dr. Jeffrey Bazarian, an emergency physician and concussion expert at the University of Rochester Medical Center said that such an extensive injury that was described in the report would not have likely been ignored by Saget, formerly a star of “Full House” and “America’s Funniest Home Videos.”

“It’s like an egg cracking,” he told the New York Times. “You hit it in one spot, and it can crack from the back to the front.” The injury, Dr. Bazarian said, would have left him confused or possibly unconscious.

“I doubt he was lucid,” Dr. Bazarian added, “and doubt he thought, ‘I’m just going to sleep this off.’”

An autopsy report that was released alongside Stephany’s statement said Saget had posterior scalp abrasions, subgaleal hemorrhage (blood that forms between the scalp and skull), discoloration of the eyelids due to the fracture, subdural hematoma (a buildup of blood on the surface of the brain), and subarachnoid hemorrhage (bleeding in the space that surrounds the brain).

Another expert, Dr. Gavin Britz, the chair in neurosurgery at Houston Methodist, also appeared to question the autopsy report’s findings.

“This is significant trauma,” Britz told the NY Times. “This is something I find with someone with a baseball bat to the head, or who has fallen from 20 or 30 feet.”

In making reference to the report showing that Saget had fractures to the bones in the eye socket, known as the orbital bones, Britz said that “if you fracture your orbit, you have significant pain.”

The Orange County Sheriff’s Office previously said there were no signs of foul play. The autopsy report said Saget had COVID-19 and also noted there were signs of Klonopin, a commonly used benzodiazepine, and Trazodone, an antidepressant, in his system. No illegal drugs were detected.

However, Dr. Neha Dangayach, the head of neuro-emergencies management and transfers for the Mount Sinai Health System, told the NY Times that usage of several drugs is a “very dangerous” cause of falls among older people.

Hours before his death, Saget had completed a stand-up comedy show and was scheduled to perform others, according to Twitter posts he made.

“I think what it reveals more than anything else is this was not a simple bump on the head,” neurosurgeon Dr. Sanjay Gupta, a CNN correspondent, said Friday during a CNN broadcast. “When you read this autopsy report that may still be the case, but it was a pretty significant blow to the head.”

“Hi. ICYMI: This is not a ‘slip & fall’. This is not a minor concussion. This is MAJOR head trauma. My condolences to Saget’s friends & family. I hope that they get answers as to what really happened,” she wrote.

Ranney continued: “PS: this doesn’t mean it was INTENTIONAL trauma, either. But this is more than just ‘I whacked my head on the kitchen cabinet.'”