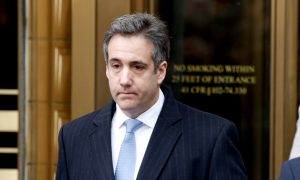 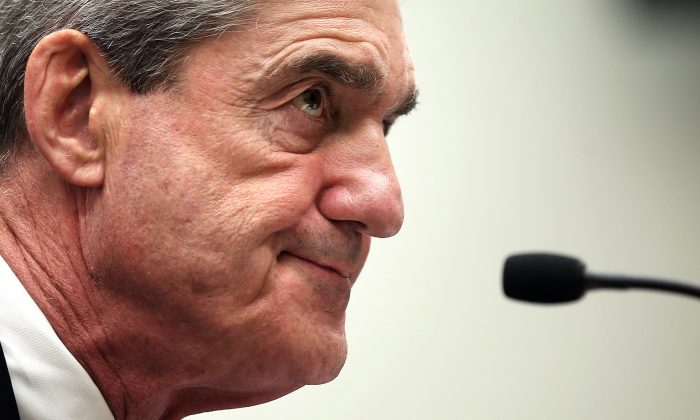 If you’ve followed the Spygate twists and turns since this whole thing began, you’ve noticed a recent trend in the Democratic National Committee (DNC) media complex: the number of over-hyped Trump–Russia collusion “bombshell” stories being published are coming faster and faster—and they quickly blow up and fall apart within just a few days.

As I detailed in recent columns, The Guardian and McClatchy News both had spectacular launches of “bombshells” that supposedly provided evidence, at long last, that Trump campaign affiliates were involved in WikiLeaks’ publication of stolen Hillary Clinton and DNC emails during the 2016 election. In both reports, anonymous sources claimed to have seen evidence proving the allegations, but provided nothing to the reporters to back up what they were alleging.

All they need are anonymous sources who make a claim they saw something. The mere claim from a few anonymous sources is now enough to launch stories containing explosive accusations that come to dominate a daily or weekly news cycle … before they are exposed as being fake.

This brings me to just the latest media fiasco that erupted over the past few days: the BuzzFeed fake news report that the special counsel had documentary evidence proving President Donald Trump directed his then-lawyer Michael Cohen to lie to Congress about a deal to build a Trump Tower in Moscow.

Written by intrepid BuzzFeed reporters Jason Leopold and Anthony Cormier, the story quickly took off upon publication and dominated the national news for an entire day.

And then it fell apart.

This BuzzFeed story was so wrong that special counsel Robert Mueller’s office took the almost unprecedented step of issuing a public statement.

“BuzzFeed’s description of specific statements to the Special Counsel’s Office, and characterization of documents and testimony obtained by this office, regarding Michael Cohen’s Congressional testimony are not accurate,” Peter Carr, a spokesman for Mueller’s office, said.

Following the announcement from the special counsel’s office, many in the media finally stopped loudly promoting the BuzzFeed story and actually began carefully examining it.

It certainly didn’t help BuzzFeed’s case when the two reporters of the article couldn’t even get their stories straight about the supposed evidence upon which their entire “bombshell” report was based. Leopold went on MSNBC and said during a phone interview that he had seen some of the documents; Cormier went on CNN and in his phone interview said he’d seen no documents.

Trying to save the story, Cormier appeared with chief BuzzFeed editor Ben Smith on CNN, during which host Brian Stelter pressed them on the discrepancy. Leopold wasn’t there; Smith claimed that he was out working on a story and wasn’t available.

When Stelter directly asked the vital question about why Cormier said he hadn’t seen any documents, while Leopold said he did, Cormier ludicrously says, “I can’t really get into, like, the details there.” The host then presses Cormier about if he’s seen any evidence since BuzzFeed published the story. Cormier states he’s received more “confirmation,” which only means he went back to the anonymous sources who simply told him the same things over again.

He hasn’t seen any more evidence because he didn’t see any evidence before BuzzFeed hit the publish button on this fake news. It’s becoming increasingly clear that Cormier and Leopold published this story based solely on claims made to them by anonymous sources.

Smith says the media outlet has spoken to the leakers again and is standing 100 percent behind its report. Note that Smith hasn’t claimed that the leakers showed BuzzFeed any documents. He and Cormier continue to blather about BuzzFeed’s awesome vetting process, which apparently doesn’t include actually seeing anything that backs up the claims their sources are making.

All that’s happened since the story blew up is that the anonymous sources totally pinky-swore they saw the documents they claim they did, and so BuzzFeed is choosing to believe them.

That’s a mistake, and let me explain why.

Most people are assuming that if the special counsel’s office is telling the truth and there really are no documents in that office saying what the sources claim, it means the sources are lying.

In fact, there’s another explanation about why Leopold’s and Cormier’s sources claimed they saw documents that said Trump directed Cohen to lie, while the special counsel’s office still isn’t lying about saying they don’t have any such documents in their possession.

To explain what happened, let me go back to another massive media scandal from last year involving CNN. The network had multiple leakers who were sources for a “bombshell” report claiming that Donald Trump Jr. got an offer via email to get early access to stolen emails in the possession of WikiLeaks. That Trump Jr. was offered this early access was evident from the date on the email, Sept. 4, 2016.

After CNN published that report, the email was quickly produced, and to the absolute consternation of the entire DNC media complex, somehow, through some miracle, at least two independent leaking sources, who supposedly had looked at that same email, saw the same date on it, and subsequently reported that same date to CNN’s reporters, got the date wrong. The actual email had the date of Sept. 14, 2016.

There are only two possibilities here:

1. Both sources saw the real email, both got the date wrong, and both gave the same wrong date to the reporters. This is most unlikely.

2. Both sources saw a fake email with a fake date on it and accurately reported what they saw to the CNN reporters.

Why has the news media refused to entertain that second possibility for even a second? It actually makes far more sense than the first possibility.

It’s not just the political partisans inside the government playing the strategic leaking game anymore. As I detailed last year, there is a very serious, professional FBI leak-hunting unit at work, and laying traps using fake documents is just one of the things they have been doing.

Most people assume that once you catch a leaker, he or she is immediately arrested and charged. That only happens in some cases. In other cases, the leak hunters leave those people in place and either flip them into double agents or feed them fake information.

That’s right: You have FBI agents and counterintelligence operatives deliberately putting fake documents where leakers, who don’t know they’ve been spotted, will see them and pass them on to their media contacts.

So why would they leave in place some of these anonymous sources who are leaking to the media? It’s so they can keep the media busy doing something useless.

Right now, there are many serious investigations underway beneath the surface that involve massive national-security issues. Not just the Uranium One and the Spygate-related investigations, there are others. There is always the danger that reporters are going to start getting in the way and blowing the cover of these investigations.

So how do you keep inquisitive media investigative reporters out of the way and distracted so they can’t thwart anything you are really doing?

It’s simple. You map out their leaking network, then you flip some of the leakers or send them new leakers, who are actually disinformation agents. You then keep all these media hacks super-busy doing what they really want to be doing—fervently and enthusiastically chasing their Trump/Russia collusion Holy Grail, by having all the leakers you control constantly feeding them Fake News that is almost instantly debunked. And you keep them locked into doing this for months on end.

You turn the constant, relentless need for more Trump–Russia collusion stories against them by feeding them fake news.

It took some time—it didn’t happen overnight—but now most of the leaking networks have been mapped out and the leakers who were left in place—either willingly or not—have been turned into disinformation agents feeding constant fake leaks to the media. And the media is continuing to fall for it.

The DNC media complex is actually accelerating the shredding of any credibility it had left over the past few months. It’s launched one quickly debunked Trump–Russia “bombshell” after another in recent months, and the pace of these absurd stories actually is increasing. This isn’t an accident. It’s being guided into doing this.

Someone told the media at the very beginning: “The leaks are real; the news is fake.”

They didn’t listen. And they’re still not listening.