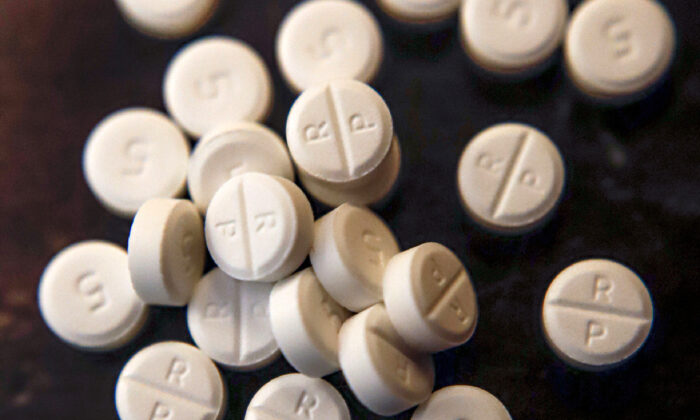 McKinsey Accused of ‘Serious Conflict of Interest’ in Opioid Consulting

A Congressional report alleges that consulting firm McKinsey engaged in a “serious conflict of interest” by working for the U.S. government on issues relating to the opioid epidemic while, at the same time, advising drugmakers, including on projects meant to persuade regulators about the safety of opioid products.

The U.S. House Oversight Committee alleged in its April 13 report (pdf) that at least 22 McKinsey consultants, including senior partners, worked for both the Food and Drug Administration (FDA) and opioid manufacturers, at times simultaneously.

“Today’s report shows that at the same time the FDA was relying on McKinsey’s advice to ensure drug safety and protect American lives, the firm was also being paid by the very companies fueling the deadly opioid epidemic to help them avoid tougher regulation of these dangerous drugs,” Rep. Carolyn Maloney (D-N.Y.), chair of the committee, said in a statement.

The report alleged that “McKinsey failed to disclose its serious, longstanding conflicts of interest to FDA, potentially violating contract requirements and federal law.”

Responding to the allegations that it engaged in conflict of interest, McKinsey said in a statement that it had followed the law in its work, though the company added that it “fell short of the high standards we set for ourselves.”

In one case detailed in the report, at least four McKinsey consultants were allegedly working for the FDA on improving drug safety while, at the same time, working for Purdue Pharma, including on projects meant to persuade regulators that Purdue’s opioid products were safe.

One project allegedly involved helping Purdue formulate “scripts” for use in their discussions with the FDA on the safety of using OxyContin to treat pain in adolescents.

The report accused a McKinsey partner of encouraging other consultants to share information with Purdue about the drug safety work the firm was doing for the FDA.

At the same time, the report alleged that McKinsey had failed to disclose to the FDA that it was simultaneously working for opioid manufacturers.

Maloney said that McKinsey’s conduct was “even more egregious considering its central role in driving a public health crisis that has killed half a million Americans and continues to claim tens of thousands of lives every year.”

She added the company must answer for its actions and that the committee would seek testimony from McKinsey officials regarding the alleged conflicts of interest revealed in the report.

McKinsey, which stopped advising clients on opioid-related business in 2019, said in a statement that it would review the report and “continue to cooperate” with the committee to address any additional issues.

“More broadly, we understand and accept the scrutiny around our past client service to opioid manufacturers. This work, while lawful, fell short of the high standards we set for ourselves,” the company said, adding that it had implemented a client selection policy meant, in part, to reduce the risk of conflict of interest.

“We stand behind the positive impact of our work,” McKinsey said.

Purdue Pharma has pleaded guilty to federal criminal charges based on deceptive marketing that downplayed the risk of becoming addicted to OxyContin, though final resolutions with Purdue are pending, subject to the approval of a bankruptcy court.

Members of the Sackler family, who own Purdue Pharma, have denied any wrongdoing.