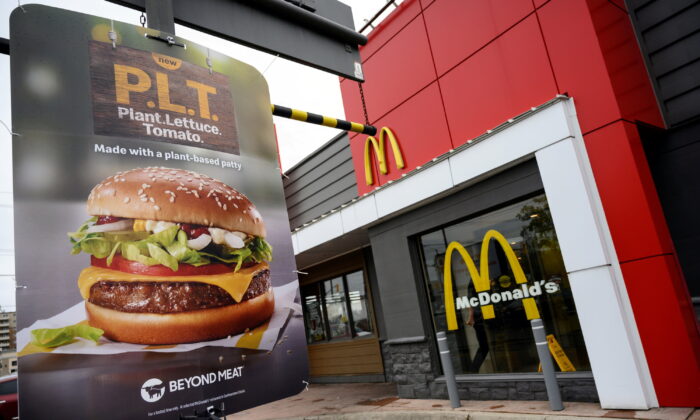 McDonald’s announced that it has concluded the U.S. trial of its McPlant burger, which is made with the plant-based protein manufactured by Beyond Meat (BYND).

In November 2021, McDonald’s began testing the meat-free burger in eight restaurants across America. In February this year, the company introduced the McPlant burger at around 600 locations. According to third-party reports, the experiment ended as a failure. In a recent note, according to CNBC, JP Morgan analyst Ken Goldman cited employees from McDonald’s revealing that the burger did not sell well enough.

“Consensus contemplates 21 percent growth for BYND’s total top line this year, followed by another 25 percent next year. These rates will not be easy to hit, in our view, without [McDonald’s] in the U.S.,” Goldman wrote.

In a June note, Peter Saleh, an analyst at global financial services firm BTIG, wrote about franchisees telling him about disappointing McPlant burger sales. The sale numbers were at or below the low end of estimates.

Early last year, Beyond Meat announced a three-year partnership with McDonald’s. Another partner, Taco Bell,  was dissatisfied with Beyond Meat’s “carne asada” and has yet to test it in a single restaurant. The loss of potential sales to these big food chains is a significant threat to Beyond Meat, and its share price has plunged for several months.

Year to date, as of July 29, BYND shares were trading lower by more than 50 percent. In the past year, the company’s shares have fallen by close to 75 percent.

“I don’t really understand their strategy right now,” Arun Sundaram, an analyst at CFRA, said to Bloomberg. “They’re saying they have a vision where they’re introducing all kinds of plant-based meat products, but they don’t have the experience of scaling any individual product with the end goal of sustaining profits and cash flow.”

With the United States going through a high inflationary situation, investors are worried about Beyond Meat’s future. Walmart, for example, recently warned that food price inflation is forcing customers to turn toward cheaper items.

As Beyond Meat’s products can be pricier than its real meat equivalents, the threat of customers choosing to avoid the company’s items is a real concern. Beyond Meat also faces challenges from lower-cost fake meat alternatives.

During the first-quarter earnings call in May, Beyond Meat founder and CEO Ethan Brown explained that the company is finding it difficult to pass on rising costs to customers.

“You see all these new entrants coming in, and many of them are using price as a way to try to capture early market share,” Brown said, according to the earnings call transcript published at The Motley Fool.

“And so while the animal protein industry has been able to substantially increase pricing to essentially offset significant reductions in volume, in our sector, we have not had the opportunity to do that.”

Beyond Meat reported a net loss of $100.5 million in the first quarter of 2022. Its second-quarter results are due on Aug. 4.