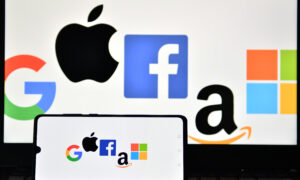 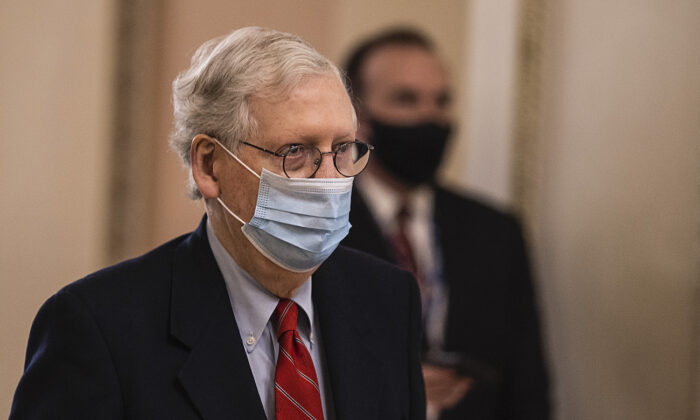 Senate Majority Leader Mitch McConnell (R-Ky.) on Tuesday introduced a bill that combines the $2,000 direct payments requested by President Donald Trump with other issues the president backs, including repealing a law that shields big tech companies and a review of voter fraud allegations.

News of the new bill (pdf) came after McConnell earlier blocked a request for unanimous consent for the CASH Act from Senate Minority Leader Chuck Schumer (D-N.Y.), which would grant $2,000 direct payments but did not include the two other demands Trump had outlined when signing the omnibus spending measure and attached COVID relief bills on Sunday.

In a floor speech, McConnell pointed to Trump’s conditions for signing the $900 billion stimulus bill on Sunday, which include an increase direct payments to Americans from $600 to $2,000, limit legal protections on tech companies, and for Congress to ensure the integrity of the 2020 election.

“Those are the three important subjects the president has linked together. This week the Senate will begin a process to bring those three priorities into focus,” McConnell said.

Meanwhile, he called on fellow Republicans to follow the House’s lead in overriding Trump’s veto of the National Defense Authorization Act (NDAA) for Fiscal Year 2021.

Trump last week vetoed the NDAA, in part, because it did not include the removal of Section 230 of the Communications Decency Act. The president said the bill “fails to include critical national security measures,” and is a “gift to China and Russia.”

As part of McConnell’s proposal, Section 230, which shields some technology companies such as Google and Facebook from most liability lawsuits, would be repealed in his new bill and a committee on the “integrity and administration” of the 2020 election would be created to examine voter fraud allegations amid contested election results. Both measures acknowledge Trump’s requests as he invoked the Impoundment Control Act of 1974 on Sunday.

The commission would “make recommendations to Congress to improve the security, integrity, and administration of Federal elections,” the bill states.

Schumer has voiced his opposition to McConnell’s move to tie together three of the president’s requests in one bill.

“If Sen. McConnell tries loading up the bipartisan House-passed CASH Act with unrelated, partisan provisions that will do absolutely nothing to help struggling families across the country, it will not pass the House and cannot become law—any move like this by Sen. McConnell would a blatant attempt to deprive Americans of a $2,000 survival check,” he said in a statement.

“Will Senate Republicans go along with Sen. McConnell’s cynical gambit or will they push him to give a vote on the standalone House-passed CASH Act?”

“It will not pass the House and cannot become law,” Schumer continued, referring to the Democratic-majority House of Representatives. “Senator McConnell knows how to make $2,000 survival checks reality and he knows how to kill them.”

It is unclear when McConnell’s bill might get a vote. McConnell’s office didn’t immediately respond to a request for comment by The Epoch Times. His office has not publicly announced the new bill.

McConnell indicated on Tuesday that the Senate would “begin a process” to focus on the issues highlighted in his new bill this week.