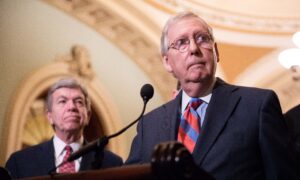 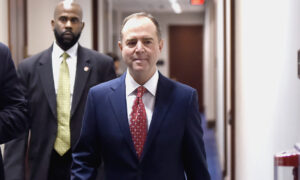 DOJ: House Democrats' Subpoenas 'Legally Invalid' If Witnesses Can't Have Attorneys With Them
0 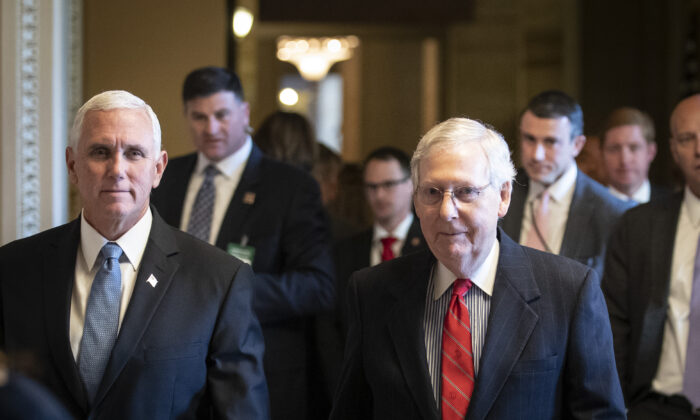 McConnell: If Impeachment Trial Were Today, Trump Wouldn’t Be Removed From Office

“I will say, I’m pretty sure how it’s likely to end. If it were today, I don’t think there’s any question it would not lead to a removal. So the question is, how long does the Senate want to take. How long do the presidential candidates want to be here on the floor in the Senate instead of in Iowa or New Hampshire,” McConnell told reporters at the weekly Senate Republican leadership press conference on Nov. 5, referring to Democratic presidential candidates such as Sens. Elizabeth Warren (D-Mass.), Bernie Sanders (I-Vt.), and Cory Booker (D-N.J.).

The House can impeach a president with a majority vote. An impeachment trial is then held in the Senate, followed by a vote. Two-thirds of the senators present must vote to convict the president to remove him from office. The trial is presided over by the Chief Justice of the Supreme Court. Chief Justice John Roberts, who was appointed to the nation’s highest court by President George W. Bush, currently holds that position.

Two presidents—Bill Clinton and Andrew Johnson—have been impeached, but neither were convicted.

McConnell deflected multiple questions about testimony from witnesses questioned by House Democrats or alleged impropriety by Trump, taking the opportunity to criticize House Democrats for how they’ve been conducting the impeachment inquiry.

“What I’m going to do is wait until we get the case from the House—it looks like that’s going to happen—and withhold judgement on the daily revelations, charges, witnesses, and all the rest that you all, of course, need to report on as it comes out,” McConnell told reporters.

“This issue is still in the House. They’ve only just last week voted to take it up. And it was noteworthy that not a single Republican voted to open this inquiry in the House.

“But for myself, I’m not going to start commenting on all of these episodes that occur on a daily basis, that are unfolding over in the House, but to say that it seems to me that they still are not providing the same kind of basic due process rights that were provided to both Richard Nixon and Bill Clinton.

“They can’t even get the process right. So beyond that, we’ll wait until we get it here. It looks to me like they’re hellbent to do it, and we will end up in an impeachment trial at some point,” McConnell said.

The Senate would likely be in trial six days a week in a process the Senate majority leader would have little control over.

McConnell noted that during the Clinton impeachment, the top senators from each party reached an agreement on the process guiding the trial that passed 100–0.

“Presumably, at some point, Sen. [Chuck] Schumer and I will sit down and see if we agree on a process. After that, the chief justice rules on any motions. Presumably, what you will see in the well, would be the prosecutors who come over from the House—they’ve typically been Judiciary Committee people—and the president’s lawyer, and they put on the case,” he said, referring to the Senate minority leader.

“The only time I can recall during the Clinton trial that we talked, we went into private session and had some deliberations. How long it goes on is undetermined. In the Clinton impeachment, it went on for a couple of months. This is not something the majority can micromanage, as it can on almost any other issue.”