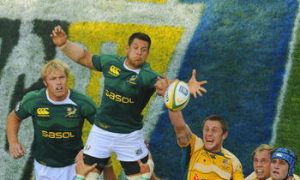 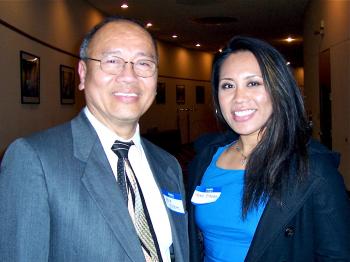 Among the top-10 most populous city in the United States, and dubbed the ‘Capital of Silicon Valley,’ San Jose is home to many of the world's top high-tech companies like eBay and IBM.

Friday night's performance at the San Jose Center for the Performing Arts drew show-goers from all walks of life: from the expected computer engineers and businesspeople to artists and local politicians.

Jose Esteves, mayor of the San Jose suburb of Milpitas, attended with his daughter Irene. He described Shen Yun as "very unique" and "perfect … in terms of coordination [and] skill." He continued, "You don't see this anywhere,"

A few dance pieces performed by Shen Yun during the set touch on the Chinese communist regime's suppression of freedom of belief in modern-day China.

After watching the classical Chinese dance and song performances, Mr. Esteves said, "It gives the message of the bad and the good. I liked that."

"We have to be an advocate for the good," he argued. "Throughout the world there should be justice and equality."

Both father and daughter lauded the dancers' apparent devotion to their craft. Shen Yun dancers must master classical Chinese dance's many flips, turns, and leaps, many of which are very difficult to execute.

"The performers are really dedicated," Mr. Esteves raved. "It's not easy to be well-coordinated and acting as one. So you can see from the heart that they want to join the whole group in giving the message."

"The dances are amazing," Ms. Esteves said. "It's gorgeous. The colors are amazing. The stories are great. It's just nice because not only do you see the dancing, but there's a background story to that."

Mr. Esteves also noted that he highly recommended Shen Yun to his constituency, of which more than one-half is of Asian descent.

"I'm going to say [to them], 'Watch [the show] It would be an enchanted evening for you," he said. "Not only for the entertainment, but for the different messages that it has."

Ms. Esteves, a graduate student at the University of Southern California, said she wishes to watch the show again with her friends. "There's a show coming up in Pasadena, she said, “My friends—I would love them to come out with me and watch it again."

Mr. Esteves revealed that his daughter had traveled hundreds of miles north just to spend time with her father and watch Shen Yun with him.

Both were delighted by their night out to see Shen Yun with each other. "Special togetherness for a special show," Mr. Esteves said.


With reporting by Abraham Thompson, NTD Television, and Mimi Li.