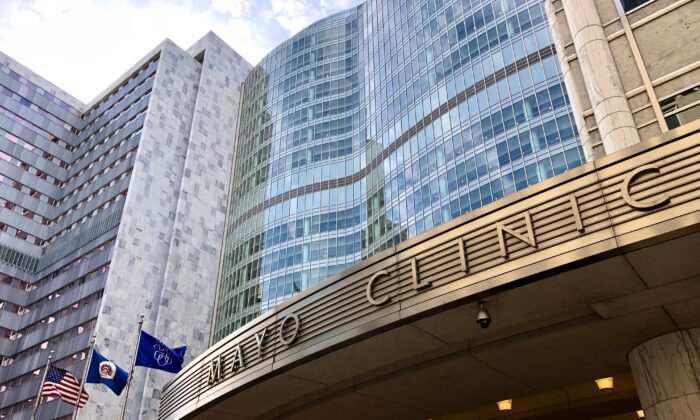 The first lawsuits in a legal blitz expected to ultimately involve more than 100 former Mayo Clinic workers were filed this week in federal court against the health system.

The legal actions are in response to the COVID-19 vaccine mandate of the company, which operates hospitals and clinics in several U.S. states.

In one suit, filed on May 16 in federal court in Minnesota, nurse Shelly Kiel, a Christian, says she was the subject of religious discrimination because Mayo denied her request for a religious exemption from the mandate even though she could have done all of her work remotely.

Identical language was used in denial letters to Kiel and other workers who were denied exemptions, according to the suit.

“Based on the information provided, your request did not meet the criteria for a religious exemption accommodation,” one line said.

Asked for more details, Mayo told the nurse that in general, requests were denied if the requestor had not “not clearly stated their sincerely held belief, demonstrated it is a sincerely and consistently held belief, and/or clearly defined the conflict between their religious belief and receiving the COVID-19 vaccine.”

When Kiel took advantage of the appeals process, she was rejected with boilerplate language; she felt dejected by the lack of an “interactive process.”

According to the suit, an “ad hoc panel” created by Mayo reviewed each exemption request.

Kiel was fired on Jan. 3 for her refusal to get a COVID-19 vaccine after her request was denied. The company fired about 700 workers for not getting a vaccine against the CCP (Chinese Communist Party) virus, which causes COVID-19.

“It’s obvious to my clients that there wasn’t there wasn’t any sort of real analysis of whether or not these employees held sincerely held religious beliefs,” Gregory Erickson, a lawyer representing Kiel, told The Epoch Times. “It was just basically done on secular reasons like this person was getting paid too much.”

Erickson said his firm represents some 100 other workers who plan to file claims against Mayo.

The second case was filed May 17 on behalf of Sherry Ihde, 47, a laboratory supervisor who was employed from 1998 through Feb. 21.

Unlike many others, Ihde received a religious exemption from Mayo’s mandate, which was announced in October 2021, but she was forced to be tested for COVID-19 on a weekly basis based on an update to the mandate in December 2021.

Ihde requested a religious accommodation to exempt her from the weekly testing but was rejected. She was fired for refusing to get tested. Ihde says she, too, was the subject of religious discrimination.

The clinic suspended its mandate and required testing on March 14.