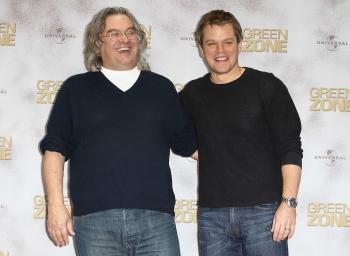 Damon plays the part of Roy Miller who is searching through the tumultuous Iraqi landscape after the arrival of U.S. troops. While Miller is searching for weapons of mass destruction he finds that his source may be invalid.

While the theme and plot line for the film are controversial, the timing now many years after the start of the war make for a more intellectual debate.