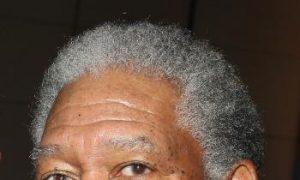 Over the past few months, Colombian authorities have discovered several of the remote-controlled “subs,” which aren't really subs, as about 18 inches of the craft is always above water.

Some of the fiberglass mini-submarines are capable of traveling 29 feet below the surface of the water and range from 40-80 feet in length. They can carry up to 12 tons of cocaine, along with four people.

The subs have been discovered as far away as Mexico, the BBC reports.

Authorities believe the alleged mastermind, Ignacio Alvarez Meyendorff, works for the Norte Del Valle drug cartel in Colombia, according to the British broadcaster.

Colombian authorities made the arrest with the help of the United States Drug Enforcement Administration. Meyendorff has denied all charges.

For years, Colombian authorities have attempted to crackdown on the smuggling of cocaine from the country.

According to AP, Meyendorff's crew smuggled close to eight tons of cocaine from Colombia to the United States.