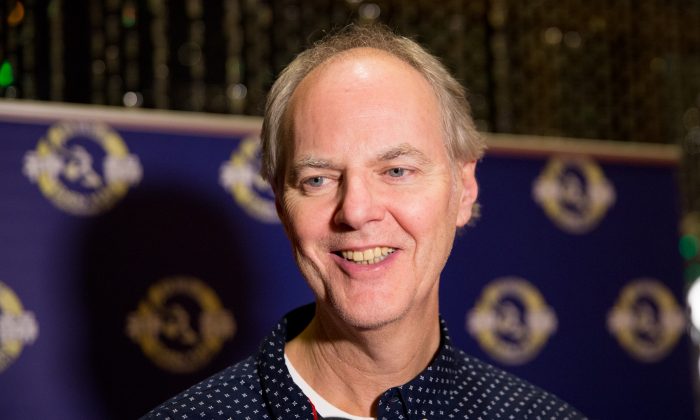 MONTREAL—Legendary Quebec archetier François Malo was in attendance at Shen Yun Performing Arts on Friday at Place des Arts, and incidentally, so were his bows.

Mr. Malo is a cellist and one of the world’s leading bow crafters, whose clients include musicians from many major Canadian and American orchestras, including in Montreal, Toronto, Winnipeg, New York, Philadelphia, and Cleveland.

He attended the Shen Yun classical Chinese dance and music performance at Théâtre Maisonneuve on Jan. 9 and discovered that the performing arts company’s concertmaster also uses the famed Malo bows. Mr. Malo was very impressed with the orchestra overall.

The Shen Yun Orchestra was unlike any orchestra that Mr. Malo had ever heard before, however, because it is unique in its ability to seamlessly blend together Eastern and Western instruments. A Western philharmonic orchestra plays the foundation of the scores while traditional Chinese instruments lead the melodies, producing a fresh and harmonious sound.

“It works perfectly and it gives it a very, very interesting music,” Mr. Malo said of the blend, adding that the sounds of the Chinese instruments were “absolutely beautiful.”

A bow maker in the French tradition, Mr. Malo studied under masters in Quebec, New York, and France before returning to Montreal. He has been building bows for violins and cellos for 30 years, supplying many of the world’s best musicians.

He was touched by the sound of the erhu, also known as the “Chinese violin.” Performed by Mei Xuan in original composition “All for Today,” the piece is accompanied by Yi-Chin Lin on piano.

“[Mei Xuan] played very beautifully and her piece was absolutely touching,” said Mr. Malo, adding that the violin originally descended from the erhu.

The two-stringed erhu is designed with free-floating strings that the player must vibrate by pressing down while pushing the bow forward or back. Though challenging, it allows for incredible expressivity, moving from tender and sonorous to stirring and somber, explains the Shen Yun website.

“The use of the vibrato is very, very touching,” said Mr. Malo of the erhu’s effect.

All musical pieces performed in Shen Yun are original compositions, something that greatly impressed Mr. Malo.

“The composition is very well made, because they know how to make [music for] both types of instruments, traditional and the classical,” he said. “Very well done all the way.”