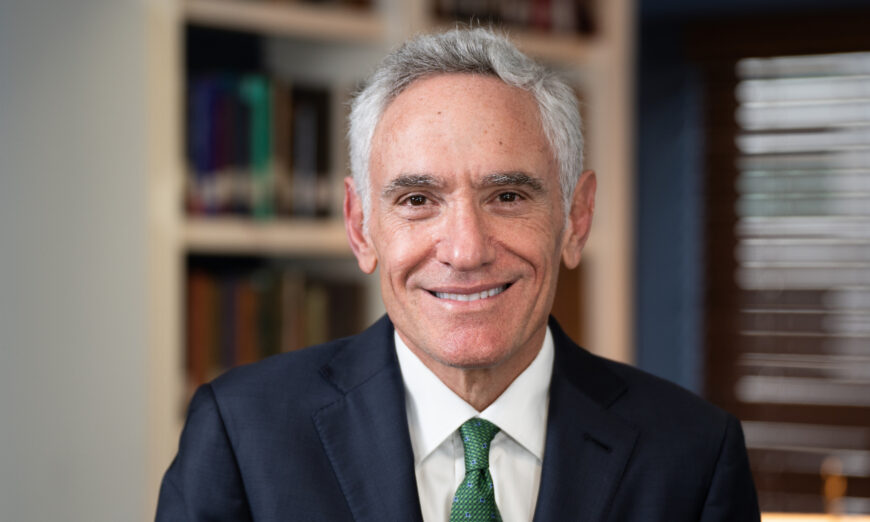 Restrictive pandemic policies shouldn’t be forgiven after the “massive harms and destruction” the lockdowns caused to the American public, according to Dr. Scott Atlas.

Atlas, a COVID-19 adviser during the Trump administration and a contributor to The Epoch Times, was responding to a recent Atlantic article calling for a “pandemic amnesty.” The argument goes that the pandemic missteps were a result of “deep uncertainty” rather than “moral failing,” and it’s time to let the issues go and move on.

The author, “while trying to be nice, is really missing the more important point of what happened during the pandemic management,” Atlas told The Epoch Times.

“The massive harms and destruction from lockdowns and school closures cannot just be simply ignored and forgiven because these were intentional, unethical, and grossly erroneous applications of public health guidance,” he said.

The school closures especially, he said, “inflicted massive harms into our younger generation—all of which were predictable, many of which were already known.”

“And to simply wipe them away by ‘forgiving’ people will minimize the seriousness of the errors and not correct this for future health care crises,” Atlas said.

What Were the Harms From the Lockdown?

An August 2021 analysis by McKinsey & Co. found that school shutdowns cost K–12 students nationwide five months of learning in math and four months in reading, with low-income and minority students being hit even harder. The unfinished learning could create a ripple effect that leads them to earn between $49,000 to $61,000 less over their lifetimes, according to the McKinsey report.

The National Assessment of Educational Progress, known as the “Nation’s Report Card,” last month appraised national math test and reading scores in fourth and eighth grades to be at a historic low.

But it isn’t just the learning loss that Atlas is seeing. The lack of contact between children and education personnel also led to a surge in child abuse in broken families. Meanwhile, youth mental health issues, substance abuse, and suicide attempts also spiked.

That, he said, is only the tip of the iceberg in terms of the damage wrought on the younger generation by the government-mandated pandemic restrictions. A March 2021 report by American Psychological Association found that six in 10 U.S. adults reported undesired weight change since the start of the pandemic. For college-aged adults, more than half of the respondents reported weight gains of an average of 28 pounds, which Atlas called an “obesity crisis.”

“In some fantasy, contrary-to-science effort to stop infections, we’ve used children as shields, and we’ve inflicted more damage on poor kids and low-income families than the affluent,” he said.

“It’s nowhere near enough to just say: ‘Oh, it’s okay,'” Atlas said. “It’s not okay. There needs to be public accountability—a public admission of grievous errors by our public health leaders and our university experts, as well as by educational leaders, including university presidents, and our K–12 school leaders.

“We cannot let this happen again.”

Was the Lockdown Really Necessary?

During his four months serving on the White House’s coronavirus task force, Atlas made a forceful push for reopening schools and businesses while increasing testing at nursing homes—views he said were often at odds with those of government experts such as Dr. Anthony Fauci, the retiring director of National Institute of Allergy and Infectious Diseases (NIAID), and Dr. Deborah Birx, then-coordinator of the task force.

“When you shut down the economy and had a severe economic downturn, you kill people, that translates into lost lives,” he said. “It was a false dichotomy set up by people who wanted lockdowns. They set up a false dichotomy that somehow if you were against lockdowns, you were choosing economy over lives.

“The truth is, it was lives versus lives.”

Fauci, who in December 2020 drew criticism for flip-flopping on reopening schools, recently rejected that he was ever responsible for pushing for school shutdowns.

“If you go back, and I ask anybody to go back over the number of times that I’ve said we’ve got to do everything we can to keep the schools open, no one plays that clip,” he said in an October ABC interview, without specifying which clip he was referring to. “They always come back and say, ‘Fauci is responsible for closing the schools.’ I had nothing to do [with it]. I mean, let’s get down to the facts.”

The pandemic management “debacle,” Atlas believes, has left America in a crisis, with its ethical principles broken.

“There’s an unprecedented denial of fact, rampant on university campuses, in the media, in science, and in public health,” he said. “America’s credentialed class that leads our public health agencies, our universities, our doctors, our scientists, our schools—that class of experts has been exposed as non-experts, politicized, and lacking in ethics.

“We’ve seen our school and university leaders break the social contract with our children, harming them and failing as role models, and in the United States now, the free exchange of ideas that is fundamental to any free society is under threat.”

Rather than forgive and forget, America has a long to-do list for restoring public trust, according to Atlas.

In his view, that requires courage from “individuals with integrity” to “rise up and have their voices heard;” greater transparency into government agencies, scientific journals, and universities; accountability for those “use character assassination to delegitimize people”—“including in the courtroom;” ensuring public health guidance to consider the impact on overall health rather than a single disease; and in a legislative sense, defining public health emergency with time limits.

He also pointed to more than a dozen universities that received more than $500 million in federal grants last year from the National Institutes of Health alone.

“We need to hold these universities accountable for that money,” making sure “they allow the free exchange of ideas that they are entrusted with by the American public.”

But most of all, he wants a public apology from public health officials over their lockdown “legacy.”

“Their legacy includes avoidable death in society’s most vulnerable, massive destruction of low-income families, ongoing enormous health damages to children, and this severe loss of trust in public health and in science itself,” Atlas said. “That is their legacy. It must be publicly admitted and apologized for before we can move forward.”

The Epoch Times has reached out to NIAID and ActivePure Technology, where Birx now serves as chief medical and science adviser, for comment.