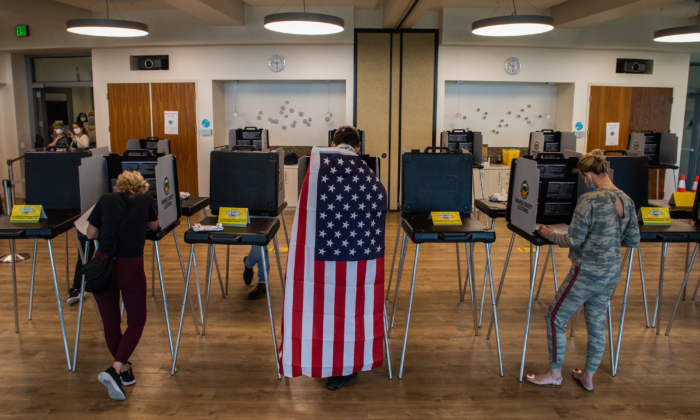 With contested Republican primaries for two of the nine U.S. House seats in Massachusetts, state conservatives aren’t feeling as blue as the Democrats have historically left them feeling.

The last Republican to represent Massachusetts in Washington was Scott Brown, a state senator who was voted in to replace Sen. Ted Kennedy (D-Mass.). Kennedy died from complications stemming from brain cancer. After his special election victory, Brown lost his reelection bid to Sen. Elizabeth Warren (D-Mass.).

The last Republican elected to the U.S. House from Massachusetts was Peter Blute in 1997.

But Massachusetts Republican candidates believe 2022 could be different. They point to the possibility that the same voters who put progressives such as Barney Frank in office are exhausted by an overly woke Democratic Party, have been turned party faithless by President Joe Biden’s inflation-driving policies, and were “awakened” by a liberal government overreach during the COVID-19 shutdowns.

Adding to increased confidence for the GOP is a whopping 77 percent of state voters who remain unenrolled with either party.

Dan Sullivan, who is running in two of the Bay State’s contested Republican primaries for a congressional seat in Washington, says that “that’s a lot of votes up for grabs.”

In Massachusetts, unenrolled voters can still participate in the primaries. They’re given a choice at the polls to cast their vote as either a Republican or a Democrat.

Sullivan, a surgical nurse at a community hospital, is hoping they’ll vote Republican in the state’s 9th Congressional District, and he’s hoping to be their choice to unseat longtime incumbent Bill Keating, a Democrat, in the Nov. 8 election.

But first, Sullivan, a pro-Second Amendment, pro-life Republican who has run a dedicated grassroots door-to-door campaign, is hoping to garner some of those unenrolled votes come primary day on Sept. 6 to defeat fellow Republican Jesse Brown.

“I’m terrified what is going to happen to people here in a cold winter state like Massachusetts when we have a Democratic leadership who is more interested in the past president than present times and how people are going to stay warm in them,” Sullivan told The Epoch Times.

Brown, a former U.S. Marine, didn’t respond to a request by The Epoch Times for an interview.

On his campaign website, Brown tells his story of being raised by a single mother and going from being a cell tower technician to a successful business owner.

He lists better health care for veterans, the economy, and alternative energy sources, including wind energy, as his priorities.

Brown, Sullivan, and Keating are competing for a section of an area known as the lower cape in a corner of southeastern Massachusetts. A surprising number of voters from this area chose Donald Trump over Hillary Clinton in 2016.

A more significant upset for Democrats came from central Massachusetts, where voters were nearly split between Clinton and Trump.

Add to that the new breeding ground created by the pandemic in Massachusetts for several conservative grassroots groups. A mix of state employees and health care workers started some groups to oppose employer-mandated vaccines. Meanwhile, some business owners and residents are rallying around opposition to newly elected Boston mayor Michelle Wu’s COVID-19 passport program.

In the 7th District, Donnie Palmer, a black special education teacher, is taking on Democrat Ayana Pressley, the first black woman to be elected to Congress by Massachusetts voters.

However, she was called out for raking in thousands of dollars in rental income as she urged other Massachusetts landlords to cancel rent during the COVID-19 pandemic.

In the state’s other contested Republican primary for Congress, Hamilton Soares Rodrigues, who grew up in Boston’s so-called black neighborhood of Roxbury, is running against Robert Burke, a Medford man who works for DoorDash.