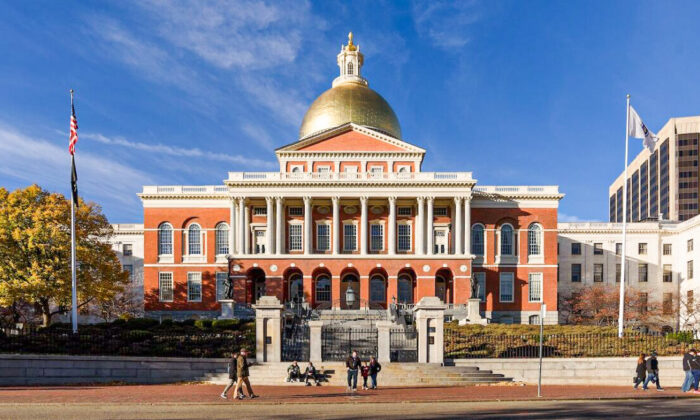 Republican state Rep. Joseph McKenna would like to make Massachusetts the first U.S. state to give pro-life taxpayers the option to ask that any taxes they pay not go toward the funding of abortion services.

Under the “Taxpayer Conscience Rights” proposal, the state’s taxpayers would be able to indicate on their state tax returns that they want the portion of their income tax liability currently used to finance tax-funded abortion services to be redistributed to the state’s Baby Safe Haven program, which provides immunity to parents who voluntarily give up their newborns for adoption.

If the measure is enacted, the state would have to determine the portion of taxes that taxpayers who are opting out paid toward funding abortions during the prior tax year. Massachusetts would then be required to redistribute the money to the adoption program. The program currently receives no taxpayer funding.

McKenna told The Epoch Times the bill brings long overdue fairness to taxpayer abortion funding and points out that there are already existing “conscience” laws in Massachusetts that allow doctors to refuse to perform abortions if that conflicts with their moral beliefs.

“This bill does not seek to change the underlying laws around abortion services in Massachusetts,” said McKenna, a lifelong Catholic who opposes abortion. “I think it’s only fair to have those with moral opposition to abortion to have the option to not pay for it.”

The state steers roughly $2 million in taxpayer funds annually for state-funded abortions, according to Pat Stewart, executive director for Massachusetts Citizens for Life. Under McKenna’s bill, some of that would be redirected to a special fund for the adoption program.

“This is more of a fairness bill than an abortion bill,” Stewart told The Epoch Times.

The legislation’s immediate fate rests with the Bay State’s Democratic-controlled Joint Committee on Revenue, which will decide whether it can advance to the full House. In October, both the American Conservative Union Foundation and the Conservative Political Action Conference identified Massachusetts as the most liberal state in the United States.

Spokespeople from the state and the Center for Reproductive Rights didn’t respond by press time to requests from The Epoch Times for comment.

According to a recent study by the organization, more anti-abortion laws were passed in 2021 than in any year since the U.S. Supreme Court’s 1973 ruling in Roe vs. Wade.

Six people spoke in favor of McKenna’s bill at a recent hearing, including state resident Mariah McCarron, who is the New England regional coordinator for the national pro-life group Students for Life of America. No pro-choice organizations spoke in opposition to McKenna’s proposal.

McCarron said that the proposed tax deduction is consistent with existing law in Massachusetts that protects a doctor’s choice not to perform abortions based on their moral or religious beliefs.

“It is greatly concerning that no such conscience protections exist for Massachusetts taxpayers,” she said.

Legislation similar to the Massachusetts proposal was introduced in Congress last year; it would require states to report all payments made through Medicaid to abortion providers. The measure remains in committee.