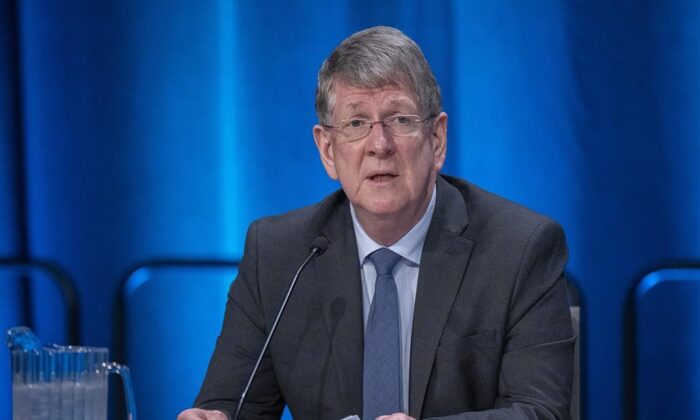 Michael MacDonald, chair of the Mass Casualty Commission inquiry into the mass murders of April 18/19, 2020 in rural Nova Scotia, delivers remarks in Halifax on Feb. 23, 2022. (The Canadian Press/Andrew Vaughan)
Canada

HALIFAX—The inquiry investigating the 2020 mass shooting in Nova Scotia heard today from a panel of community leaders who talked about what life is like in the rural communities affected by the tragedy.

Mary Teed, a local resident and head of the Colchester Adult Learning Association, told the inquiry that the COVID-19 pandemic has stalled the grieving process in central and northern Nova Scotia.

She says the strong sense of community that is common in rural areas has been undermined by the fact that so many routine social gatherings have been put on hold.

Rev. Nicole Uzans, Anglican rector of the parish of Northumberland, told the inquiry that simple routines like going to the grocery store remain difficult for those who haven’t had the opportunity to properly grieve.

The federal-provincial inquiry, which started hearings on Tuesday, has been tasked with determining what happened when a lone gunman disguised as a Mountie killed 22 people on April 18-19, 2020, and to make recommendations to improve public safety.