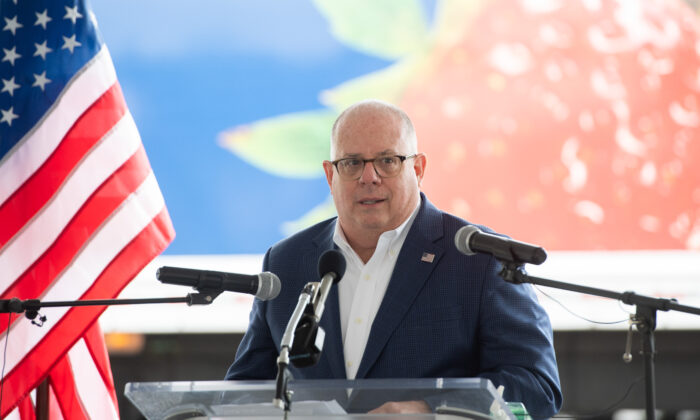 Maryland Governor Larry Hogan vetoed a bill passed by the majority Democrat legislature that would make Maryland a sanctuary state for illegal immigrants, along with other bills that the Republican said would make his state less safe.

Hogan vetoed 4 bills including HB 16, which is sanctuary state legislation that would hinder local law enforcement’s ability to cooperate with federal immigration law enforcement, including U.S. Immigration and Customs Enforcement (ICE). HB 23, which would prevent federal immigration officials from being able to obtain certain public state records or use facial recognition software without a warrant, was also vetoed.

“Local law enforcement should fully cooperate with federal law enforcement—a principle I have consistently upheld throughout three federal administrations led by presidents from both political parties. Flawed legislation such as this sets a dangerous precedent regarding the state’s commitment to upholding the law and ensuring the safety of our citizens,” said Hogan in the veto letter (pdf) to Maryland House Speaker Adrienne Jones. “By promoting diversity and inclusion for all while upholding our commitment to public safety, Maryland’s approach is consistent with both our laws and our values.”

Hogan also said that HB 16 was passed without “proper debate and discussion and is nothing more than a solution in search of a problem.”

According to the Center for Immigration Studies, as of March, there are 11 sanctuary states in the United States. The Center defines these states as having “laws, ordinances, regulations, resolutions, policies, or other practices that obstruct immigration enforcement and shield criminals from ICE.”

The governor also criticized HB 23 because he said it “would impede important criminal law enforcement investigations by requiring the denial of inspection of certain parts of public records by a federal agency unless they have a valid state or federal warrant.” He added that this law would prevent the agencies from their essential job of keeping communities safe.

Since both bills passed the Maryland legislature with supermajorities, the vetoed bills may still become law. A three-fifths vote of the elected members of both chambers is necessary to override the governor’s veto.

The governor also vetoed SB 420 and SB 202. SB 420 is legislation that would legalize the possession and distribution of equipment used to inject heroin and SB 202 is a bill that ends the requirement that the governor approve parole for those sentenced to life in prison, making the parole process less accountable to the public.