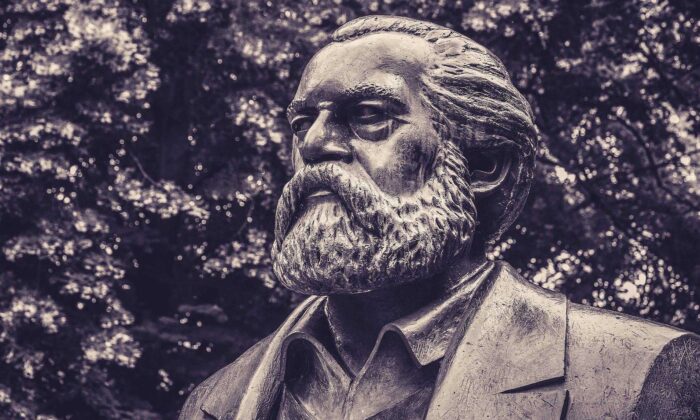 Despite modern technology, there is no better way to send a message to the world than from a well-written and timely book.

Mark Levin has demonstrated the truth of this in his latest book, “American Marxism,” which can rally the nation back to American exceptionalism—a belief that once not only united her people but also united the free world for the past 80 years behind the United States.

Levin, a former chief of staff to Attorney General Edwin Meese under President Ronald Reagan, is currently a leading conservative broadcaster who has become part of a central counterbalance to the legacy media organizations and social media companies that are increasingly steering journalism away from the principles of honesty, accuracy, and truthfulness.

Levin is also the author of a highly influential political library, with each one of his seven books enjoying the accolade of being a New York Times bestseller.

The essential theme in “American Marxism” is that the eternal and self-evident truth within the Declaration of Independence is that all men are created equal and are endowed by their Creator with certain unalienable Rights, namely Life, Liberty, and the Pursuit of Happiness.

Levine’s great ability as an author is that while he maintains intellectual integrity, his style is such that he remains accessible to all.

His singular achievement here is to make sense of the apparently unrelated, never-ending, and increasingly bizarre dogmas that have poured out of the United States and spread across the world in recent years. Successfully piercing the camouflage of separateness carefully erected around each movement and demonstrating all can be traced back to one common source, what Winston Churchill described as the bacillus or bacteria of Marxism.

Thus, Levin establishes the existence of Marxism with American characteristics.

Being a consummate media practitioner, Levin declares at the very opening of the book that this new form of Marxism constitutes a counterrevolution devouring American society and culture, and threatening the destruction of the nation itself. A nation made exceptional, as Reagan asserted, less as a place and more as an idea, an idea “deep in the souls of Man.”

Karl Marx believed that it was inevitable that the exploited proletariat (lower classes) would overthrow the capitalist class and introduce a communist utopia in which the state would wither away. But as Levin says, Marx was wrong about almost everything.

The fact is that Lenin didn’t come to power in a proletarian uprising but in a narrowly won Bolshevik coup.

Nor did Mao rise to be the ruler of China because of a proletarian revolution; without industrialization, the proletariat was, in fact, far too small.

In the meantime, the workers in the United States and other English-speaking countries just weren’t interested. They were far too conservative and increasingly economically successful—and in the case of the United States, too religious and had too much faith in the exceptionalism of their country.

So while clinging to the essence of Marxism, Marx’s acolytes sought instead to obey American Marxism’s fundamental instruction: “Philosophers have hitherto only interpreted the world in various ways; the point is to change it.”

Herbert Marcuse, a German-born Marxist philosopher appointed to some of America’s leading universities, used the very freedom those positions gave him to become the father of the critical theory ideology from which the racial, gender, and other critical movements have sprung.

All seek the destruction of American society through a clash of increasing and never-ending classes or groups of oppressed races, genders, or other societal divisions against their oppressors.

They are thus fulfilling Italian Marxist Antonio Gramsci’s answer to the unlikeliness of a proletarian revolution, the long march through the nation’s institutions.

The essence of Marxism, dialectical materialism, declares that all ideas, beliefs, and institutions anywhere, including America, are the product of the oppressors’ tools and, therefore, must be rejected and removed—violently if need be.

When it comes to race, the wise and gentle words of Martin Luther King, that he looked to a day when people will “not be judged by the color of their skin, but by the content of their character,” are now anathema.

In indoctrinating the nation’s youth, the Marxists have introduced what George Orwell predicted in “Nineteen Eighty-Four,” a language limiting everyone’s range of thought: Newspeak.

Hence, “sex” has been replaced by “gender” to create the myth that sex is only a matter of choice.

These new decrees constantly come from Marxists instructing all on what they may say and how they may describe a wide range of events and relationships.

Unfortunately, too many now roll over for these decrees. At the same time, religion has been under attack by activist judges and removed from public education.

The widespread acceptance of Marxist propaganda can be explained by the fact that people are inherently programmed to believe. In words the words of English writer G.K. Chesterton: “When man stops believing in God, it is not that he believes in nothing. He will believe in anything.”

This brings me to Levin’s courage in denouncing the dogmatic approach and promotion of man-made global warming, which is advantaging Beijing in its quest to dominate the West.

In a chapter titled “Climate Change” Fanaticism, Levin sees this as part of the degrowth movement, the aim of which writer Ayn Rand long ago denounced as the “destruction of the remnants of capitalism in today’s mixed economy and the establishment of a global dictatorship.”

Levin endorses the opinion of Ian Plimer, emeritus professor of earth sciences and mining geology, that climate change catastrophism is the “biggest scientific fraud that has ever occurred,” as well as that of scientist Robert Carter that no expert on the planet can tell you with credible probability “whether the climate … will be warmer or cooler.”

This book is important not only to the United States but to the rest of the free world, which is becoming as infected by the bacillus of American Marxism as it has been by the CCP (Chinese Communist Party) virus, that people now willingly argue could have been manufactured in a laboratory in Wuhan.