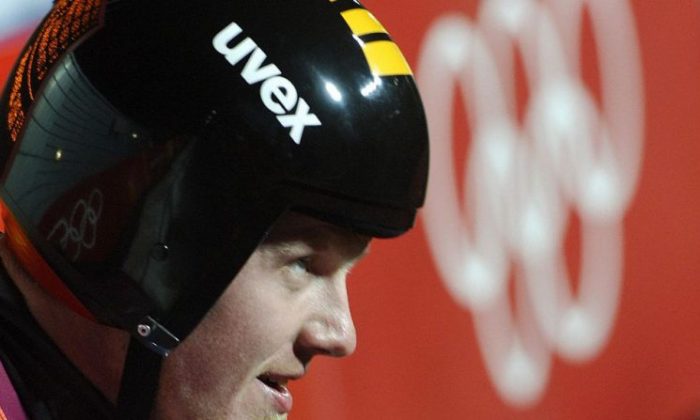 Martins Rubenis is a retired Olympic medalist from Latvia. Born in 1978, Rubenis started learning luge when he was 9 years old.

Beginning in the 1990s, he started competing and won many international competitions, including first place in World Youth Championship in 1998; two silver medals in 2003; and the individual bronze medal at the 2004 World Championships competition.

Rubenis participated in a total of five Winter Olympic Games. At his third, in Torino in 2006, he took home a bronze medal in the men’s singles event, marking Latvia’s first Winter Olympics medal. For this honor he was named Latvian Sports Personality of the Year.


At the 2014 Games in Sochi, he won another bronze as part of the Team Relay event. For that honor, Latvia issued a commemorative stamp of Rubenis and his teammates.

At the end of the 2014 Winter Olympics, Rubenis announced his retirement. He is now a member of the Latvian Olympic Committee.

Despite the honors, an athlete’s lifestyle can inflict a huge toll on the body.

“I was in my 20s, but I felt like I was 45, because my back was hurting, my muscles were hurting, and I couldn’t really do my best in sports as I had been doing,” said Rubenis.

Since childhood, Rubenis said he was always interested in Chinese culture. His first encounter with Chinese culture was Bruce Lee martial arts films. With the idea of searching for health benefiting practices in Chinese culture, in the spring of 2005, he found what he describes has his life’s real destination—Falun Dafa (also known as Falun Gong).

Rubenis began the Falun Dafa meditation practice that spring, and has continued ever since.

“After the first time I tried the exercises, I could feel a really lot of energy going through it and really opening up my back and it was cracking and really changing. I was sweating like in hard training, but I knew there was something big that just happened and I just didn’t know what it is, but I felt it’s all good. In about one and half months, all the pain I had in my back, and my body just disappeared. … This happened only when I began to study Falun Dafa. I began to understand  the meaning of how the body, soul, and mind are connected. When the mind changes then the body follows.”

As a professional athlete, Rubenis said his coach taught him that in order to succeed, he needed to be as sharp as a “shark,” and so he was very selfish in the past.

For example, in order to become a top competitive athlete, he made his own sleds. And in order to protect his competitive edge, he would even hide his well-designed sleds. However, after starting to practice Falun Dafa everything changed.

“I feel the first thing that I started to realize and understand is that I have to become more selfless, less selfish, in the terms that … you have to give up something to have something.”

“After I started practicing, I understood the principle that I need to share more,” he said. So instead hiding his designs, he began to share them with others.

“When I share with others, then the new knowledge should come and new ideas should come. That’s what I felt and that really happened,” he said.

Rubenis also said that by studying the principles within Falun Dafa, he learned to look within, at himself, when facing tribulations.

“Before practicing, I [saw] all the things I do not like in life as trouble. But now, I think these are opportunities. If I do something wrong or feel wrong, I can look inside, I can then find the place to improve myself. I am more grateful for what happens to me, even if they are not very pleasant,” he said.

After the 2014 Winter Olympics, Rubenis officially retired as an athlete, and took on the role of coach of the Latvian national team. He also served as a mechanical engineer, responsible for creating a new sled for the team.

From athlete to coach, one’s identity changes—brings different challenges. Rubenis admitted that it was hard to adapt at first, and even once wanted to be an athlete again. However, through studying the principles of Falun Dafa—truthfulness, compassion, and tolerance—he gradually realized where his duty lies.

“From athlete to coach, I realize I am becoming more modest and selfless, because it is not just about myself, but for others, and how to help others achieve their goals. Although I am behind the scenes, my responsibility is more important than when I was an athlete.”