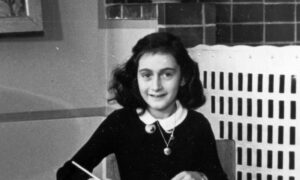 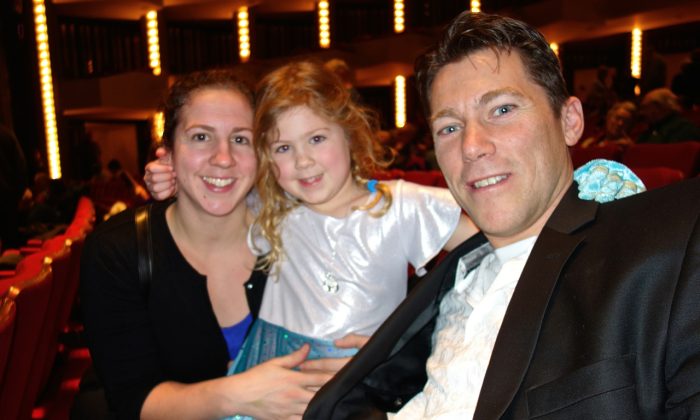 OTTAWA, Canada—John Leroux loves Chinese culture, having been exposed to it during his time at the University of British Columbia and in his work as a martial arts instructor. Shen Yun Performing Arts thoroughly impressed him, his wife Nathalie, and daughter Akira when they attended the Ottawa finale at the National Arts Centre on Jan. 4.

Mr. Leroux is the owner of World KarateFIT Centre located south of the downtown core in Ottawa. His school has been open for 15 years and he’s been doing martial arts for 35 years. Mrs. Leroux teaches martial arts to children. Both saw the connection between the classical Chinese dance in Shen Yun and martial arts.

“It’s very inspiring. What I’ve seen—you see some of the grace, you see the flexibility, you see the strength,” said Mr. Leroux.

“The agility, the balance, the flexibility,” continued Mrs. Leroux.

“When I was younger I trained in wushu, and she’s trained in gymnastics, so when you see a lot of the techniques—the jumps and the kicks and the flexibility, the butterfly kicks. … Things like that are beautiful,” said Mr. Leroux.

Shen Yun’s two emcees explained the ancient art form that is classical Chinese dance, which involves a great deal of technical skill such tumbling and flipping. It shares a common ancestry with martial arts but is a separate entity.

“The dance is beautiful, the moves are incredible,” said Mrs. Leroux. “The choreography is fantastic.”

Shen Yun’s mission is to revive the authentic Chinese culture—one that is thousands of years old. The magnitude of that culture impressed Mr. Leroux.

“So in Canada when you think of a building being a hundred years old, it seems old. But you go to China and it’s 2,000 years old. It’s just amazing,” he said.

Falun Gong practitioners are being persecuted for their beliefs by the ruling communist regime and Shen Yun sheds light on that aspect as it takes the audience through 5,000 years of traditional Chinese culture.

As well as classical Chinese dance, Shen Yun showcases folk and ethnic dances that pay tribute to the Middle Kingdom’s many diverse regions and ethnicities. There are also dances from Tibet and Mongolia.

“I love it. It’s been fantastic,” said Mr. Leroux. “It’s got a little bit of everything in it so it’s been great for Akira. And she’s really enjoying it. She loves the dance; she likes the grace of the arms, the strength in the jumps. They’re very good, very good.”