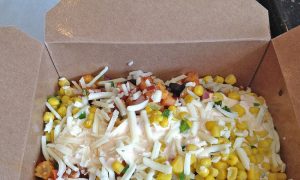 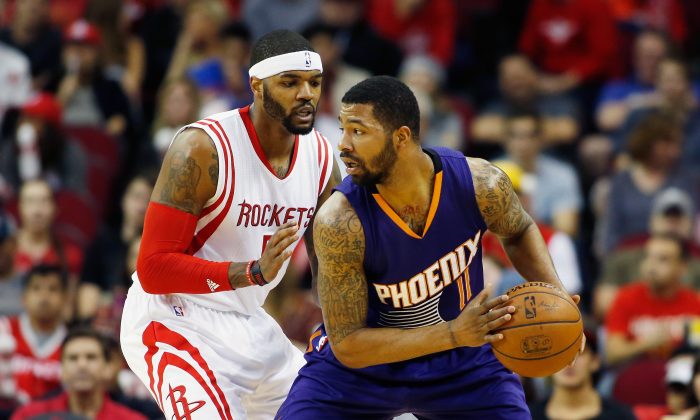 Markieff Morris #11 of the Phoenix Suns looks to pass the basketball as Josh Smith #5 of the Houston Rockets defends during their game at the Toyota Center on March 21, 2015 in Houston, Texas. (Photo by Scott Halleran/Getty Images)
NBA

The Phoenix Suns split up the Morris twins in July, trading Marcus Morris to the Detroit Pistons, much to the chagrin of both twins.

The twins are notoriously close, living together and even sharing a bank account. They negotiated with Phoenix together and say they gave the Suns a good deal in return for playing on the same team.

Now sources tell radio host John Gambadoro that Markieff wants to be traded since his brother isn’t with the Suns anymore.

“He wants nothing to do with the Suns,” sources told Gambadoro. “Won’t talk to players or staff.”

Huff Post reporter Jordan Schultz reported back in July that the Suns have been shopping Morris.

There’s good and bad when it comes to Markieff if you’re looking at it as a rival general manager or coach. He’s one of the more talented stretch 4s out there, with the ability to kill opposing teams from the high post and mid-range (50 percent shooting from 10-16 feet). Morris was also one of the top players in clutch situations last season.

The biggest positive is the bargain contract–Morris is only owed $8 million per year over the next four years. That looks better and better as the cap rises.

Negatives include the fact that Morris isn’t a true stretch 4 since he shoots below average from 3-point range (33 percent career, 32 percent last season), and the fact that he’s a minus defender.

He’s also emotional and prone to arguing with refs and accumulating technical fouls. And he and his brother are facing felony aggravated assault charges in Phoenix.

All in all, the Suns will likely not trade Morris unless the team can get back something good in return–a first-round pick and a role player, or a potential replacement for Morris at starting power forward. The list of potential trade partners isn’t so long considering the negatives, but there are some who might pull the trigger.

The most obvious potential trading partner is Detroit, where Marcus Morris has been settling in.

Stan Van Gundy might want to avoid the headaches that the Morris twins brought Phoenix, or he may see an opportunity and swoop in for the right price.

Detroit could send newly acquired stretch 4 Ersan Ilyasova to Phoenix, although they would probably have to sacrifice something else, too, if only a second round pick.

Some organizations avoid “troubled” players, but Memphis embraces some of these types and brings them in to the secure locker room. Marc Gasol, Mike Conley, and Courtney Lee are among the positive influences that have helped stabilize guys like Zach Randolph.

Morris’ three-point percentage is a bit low, but he’d get plenty of open looks playing with Gasol or Brandon Wright, and could rapidly improve. The Grizzlies are always looking for more offensive firepower, and could probably hide Morris fairly well on defense.

The main problem here is finding something the Suns would want in return. That could be Jeff Green, who can play both forward spots. Grizzly Bear Blues notes Memphis would probably have to throw in a young guy like Jarell Martin or Jordan Adams along with Green to make the trade work.

Denver seems to be thrown around as a potential trade partner a lot, since the team has shipped out several players recently and is still seeking an identity in the midst of a rebuild.

If the Nuggets are interested in Morris and his bargain contract, they could look at moving Kenneth Faried or Danillo Gallinari for him. Faried’s being paid about $3 million more per year and brings a completely different skill set to the table, so the Suns could be intrigued by the fit for him in Phoenix.

Gallinari’s one of the most talked about players in terms of possible trades, because when healthy he can score a lot of points and hold his own on defense as well. The risk is his health. With his $14 million per year contract, the Suns would have to send someone else to Denver as well.

Danny Ainge is always looking for a good trade, and has a roster full of players that other teams are interested in.

Phoenix could try to pry Jared Sullinger from Boston along another asset they might trade to someone else, like Evan Turner.

Ainge is a ruthless trading partner, though, so it’s hard to predict what an exact deal would look like. There might be a third team involved, too, if all goes well.

Toronto needs an upgrade at power forward after losing Amir Johnson, and might be willing to send current penciled-in starter Patrick Patterson to Phoenix for Morris.

The main question is what it would take to get Morris to Canada, with several intriguing assets potentially being moved.

Along with Patterson, Toronto could throw in Terrence Ross, an inconsistent forward who’s on the last year of his deal, or maybe a draft pick or two.