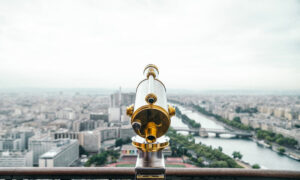 Risk sentiment is seeing a moderate lift after the Asian session on improved trade figures out of China for the month of December and this brought some buying into regional equity markets and the Australian Dollar.  This reaction, however, is surprising because the improvements seen in the Chinese trade surplus came mostly as a result of a drastic decline in imports, which is the area of the economy most directly related to Australian businesses.

Because of this knee jerk reaction to the headline figures, it would not be surprising to see a reversal after the details of the report are given more analysis.  The industry sectors in Australia that are most vulnerable to lower import figures in China are the iron ore and coal companies, so the stocks in this space should be given some attention for potential short sells.  Other than this, news feeds were mostly quiet during the session.  The USD/JPY is trading lower, between 76.80-78.00, while the EUR/USD is seeing some bounce at 1.2740-1.2800.

The French President (Sarkozy) and the German Chancellor (Merkel) had their first Summit meeting of the new year but the event passed without much consequence (with only some modest timeline changes) and most of the attention in the region is still being directed to the weekend news out of Greece.  But some of this focus will start to shift to private sector stories as the earnings seasons sees its official start today and investor sentiment will hinge on the ability of US corporations to maintain its elevated level of earnings growth within the current instability of the global economic environment.  We will also see some comments today from Federal Reserve speakers.

Yesterday’s macro data out of Germany was positive, with the monthly trade figures showing that exports rose by 2.5 percent and, with lower imports, created a trade surplus of 16.2 billion Euros.  Industrial Production data was lower, however, showing a drop of 0.6 percent for the month.  In Switzerland, the unemployment rate rose to 3.3 percent and Retail Sales beat market estimates, at 1.8 percent.  The Swiss Franc rose after news that the Chairman of the Swiss National bank formally resigned and put into question the SNB’s policy strategies relative to its currency price peg to the Euro.

The GBP/USD continues to cling to the lower end of its hourly range with support at 1.5415 coming under pressure for the fourth time and the latest short term rally producing a lower high.  This, along with the negative momentum shown  in the MACD indicator are suggestive of a downside break, but we need to see a daily close below support before the bearish bias is confirmed.

The FTSE is still trading relatively close to the resistance level seen at 5680 and the MACD indicator remains bullish and showing positive momentum.  Support to the downside is not seen until the confluence of Fibonacci and moving average levels at 5440.  Because of this, long positions should be held off until we see some cheaper entry levels, rather than chasing prices higher with break out trades.