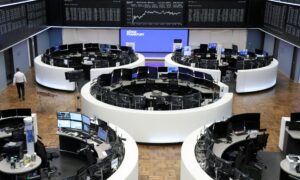 Risk sentiment remained stable during the Asian session after news that sovereign credit downgrades would be receiving additional attention this week.  French newspapers printed stories suggesting that Standard and Poor’s is ready to lower its long term credit outlook in France to negative, and that this could come as early as Friday.  This was followed by rumors that Moody’s has place nearly 90 banks in 15 different Eurozone countries on credit watch, and this was enough to slow momentum in equity markets.  Prior to this, we were seeing a modest rally in the Euro but the news was enough to bring sellers back into the currency, stalling gains near the 1.34 level.

Macro data out of Japan showed that the country’s unemployment rate rose to a quarterly high of 4.5% (up from 4.1% previously).  This was higher than the consensus estimates, and given that the labor pool remained relatively unchanged, the numbers were enough to create volatility.  Household spending and retail sales figures were also released for the month of September and showed increases of 0.4% and 1.4% respectively.  Both of these figures showed substantial weakness in August, so this did bring some balance to the negative employment data.

In Australia, the RBA revised its growth forecasts lower but added an expectation that the country will return to a budget surplus before the end of 2013.  The 2013 forecasts are still lower than what was in place before the European debt crisis but these revisions do show some expectation that Australia will be somewhat protection from bank contagion effects.  Similar downward revisions were made to consumer inflation forecasts, with 2012 CPI now seen at 2.25%, followed by 3.25% in 2013.  If these projections are accurate, we will be less likely to see the RBA tighten monetary policy during this time frame, and this should be viewed as bearish for the Aussie Dollar in the long term.

For the moment, markets appear to be taking all of this information in stride, because even though we are seeing a lower ceiling in the high yielding currencies and in stocks, we have managed to see some lift in prices to start the week.  One explanation for this could be the optimistic expectation that is seen for this year’s holiday retail sales numbers, so US macro data is going to be more closely watch in the coming weeks.  The next major event risk is the Non Farm Payrolls data on Friday, so we could see some consolidation in the coming session.

The GBP/USD saw a small spike on the short term charts, but this rally was contained by the support turned resistance level at 1.56.  This is further evidence that the downtrend remains alive and well, as indicator readings are bearish, with negative momentum, and all of the major Fib support levels have been removed.  1.56 is now viewed as the first sell zone, support has moved down to 1.5430.

The FTSE has rallied to start the week, with prices testing resistance at 5320.  A break here would be somewhat encouraging, and turn the short term bias back to neutral.  A failure here, however, would be a significantly bearish signal and suggest another test of support at 5070.  Indicator readings are on the verge of crossing into negative territory, so the next move should be a very clear sign of where prices are headed next.  Sell a failure at 5320.