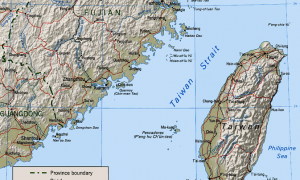 Equity markets in Europe were higher for the second consecutive day, reversing some early session losses ahead of today’s inflation data in the UK and housing starts in the US.  Asian markets were mostly lower after data showed that Foreign Direct Investment (FDI) declined for the month and futures in US equities are holding in unchanged territory.  The European Stoxx 600 has so far been the best performer, rising 0.5 percent to trade at 255.20.  The index is showing a 4.4 percent rise for the year, spurred by liquidity injections from the European Central Bank (ECB).  These injections came mostly in the form of 3-year treasury purchases valued at roughly 1 trillion Euros, implemented as a means sure easing credit and lending conditions.

Macro data today will reveal the number of US Housing Starts for the month of March, estimated at an increase of 705,000 units (on yearly basis), following the 698,000 increase that was seen in February.  Industrial Production figures will also be released, with output productivity at mines, utilities, and factories expected to have increased by 0.3 percent for the month.

In the UK, most of the attention will center on the Consumer Price Index (CPI) report, as the Bank of England is one of the few central banks still considering additional quantitative easing stimulus.  Also scheduled for release will be the DGLC Home Price Index and the Retail Price Index.  Corporate earnings will come from MP Evans, Walker Greenbank, Net Dimensions Holding, and Corac.

In Europe, the main story will be the latest Treasury auction in Spain, where bills with a 2013 maturity date will be sold at auction.  The 10 year bond auction will be held on Thursday.  Yields on 10 year treasuries in Spain rose to their highest levels in 4 months on worrisome comments from the Spanish Prime Minister (Rajoy) who said that the country will be unable to access additional financing without improvements to the budget deficit.  Macro data will come with German ZEW  Investor Confidence survey, which is expected to show a decline for the month at 19, from the previous figure which was a 21 month high at 22.3.

The USD/JPY continues to decline after posting new highs in the 84.20 region.  The yearly rally did need to see some retracement to work off oversold conditions but with initial Fibonacci support being broken, the next target to the downside is a sub-80 test of the 61.8% retracement now seen at 79.20.  This will be viewed as an acceptable level to start building long positions once again, with the expectation that prices will post new yearly highs in the coming months.

The FTSE 100 is caught in a tight range when looking at the longer term charts, so we will drill down to the 4H readings to get a clearer sense of the next move.  Currently, prices are seen making a modest rise into the 5680 region, as this area marks the short term pivot.  Overall bias is bearish as long as this level holds, with the next downside target seen at 5495.  Sells can be taken into 5680, if given the opportunity