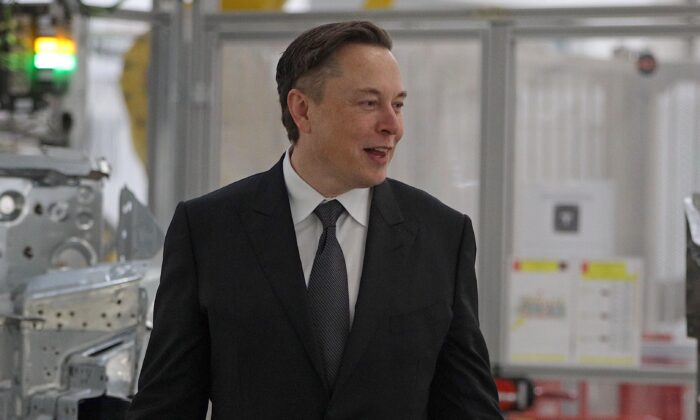 Elon Musk made headlines once again Thursday with news that he has offered to buy out the remainder of Twitter Inc. The news has increased the volatility in shares of the social media company and also led to a number of opinions on what the buyout means.

Elon Musk, the CEO of Tesla Inc. and SpaceX, announced his intentions to buyout Twitter at a share price of $54.20, as reported in Benzinga Pro.

“I invested in Twitter as I believe in its potential to be the platform for free speech around the globe, and I believe free speech is a societal imperative for a functioning democracy,” Musk told Twitter Chairperson Bret Taylor. “However, since making my investment I now realize the company will neither thrive nor serve this societal imperative in its current form. Twitter needs to be transformed as a private company.”

“Elon may have started this, but his threat to sell his shares, if Twitter says no, opened the door for those tech giants to walk in for relatively ‘little’ money and grab huge influence at Twitter or possibly a direct path to acquisition. Elon will smile all the way to the bank,” Cuban said.

“I think Twitter will do everything possible not to sell the company. They will try to get a friendly to come in and buy Elon’s shares and get him out.”

Cuban also suggested that a group of supporters could “create a DAO to buy Twitter.” The comment was likely sarcastic and included suggesting that the DAO members could vote on what’s trending and who gets verified on Twitter.

Barstool Sports founder Dave Portnoy suggested the decision to sell to Musk is a no-brainer offer and Twitter shareholders would all make a “[expletive] ton” of money.

“The only reason to say no is cause they don’t like him right?” Portnoy said.

Former President Donald Trump, of course, had to share his thoughts on the news.

“I probably wouldn’t have any interest (in returning to Twitter if Musk bought the company),” Trump told Americano Media.

Trump was banned from Twitter and other social media sites. Many believe Musk buying Twitter could lead to some banned accounts coming back, which could be a potential negative for Digital World Acquisition Corp., the company taking Trump’s social media platform Truth Social public.

“Twitter’s become very boring,” Trump said. “They’ve gotten rid of a lot of good voices on Twitter, a lot of their conservative voices.”

Many on Twitter shared that Musk’s proposal will likely be rejected and if he wants to buy the company he may have to shell out a higher price per share.

Portnoy suggested Musk could make a higher price and perhaps the Twitter board of directors is looking for a higher buyout price.

“Maybe the Twitter Board thinks they are smarter than Elon and can get it to 75 a share. But if they don’t sell the stock price is gonna crash I think. Elon has em by the balls,” Portnoy said.

Portnoy suggested taking a position in Twitter stock if investors believe the price will go up: “If you think Elon Musk is eventually going to get control of Twitter, you should buy the stock right now. He’s gonna buy it, it’s not gonna be this price, he’d have to go up.”

Portnoy said it might be too late to get in on Twitter, but at this point you’re betting on Elon and shares could go down 10 percent if Musk doesn’t get to buyout the company.

Ross Gerber, CEO of Gerber Kawasaki, suggested Musk will have to come up with a very meme-worthy $69 a share to buy out Twitter.

“I think any way this shakes out for Elon. It proves that Twitter has lots of potential upside in improving their business. The cash offer is way low,” Gerber said.

Earlier this week, Accelerate CEO Julian Klymochko suggested Musk should bid $69.42 to acquire Twitter, connecting two of the most memorable numbers and favorites of Musk.

“It’s a starting salvo but we all know @elonmusk’s final price for $TWTR is destined to be $69.42,” Klymochko tweeted Thursday.

Saudi Prince Alwaleed, who owns around 5 percent of Twitter, shared he would reject the offer from Musk.

“I don’t believe that the proposed offer by @elonmusk comes close to the intrinsic value of @twitter given its growth prospects,” Alwaleed said.

A potential competing bid emerged from the world of cryptocurrency. Tron founder Justin Sun took to Twitter to share a buyout offer.

“I believe @twitter is far from unleashing its full potential, thus I am offering $60 per share to take the platform private,” Sun tweeted. He supports reform initiatives of Musk and would like to see Twitter become more crypto-native and web3 friendly.

“We want to turn Twitter into a more open and decentralized web3 framework that is open source and friendly to developers.

The potential buyout offer from Sun only appears on Twitter and has not been formally offered to the board.