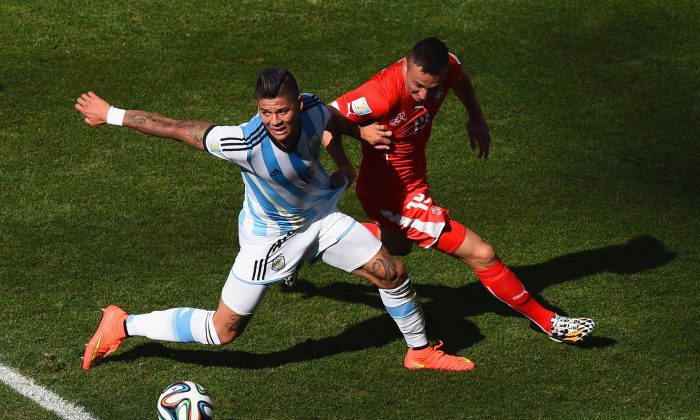 Marcos Rojo got a yellow card for a foul on Admir Mehmedi.

See the foul below.