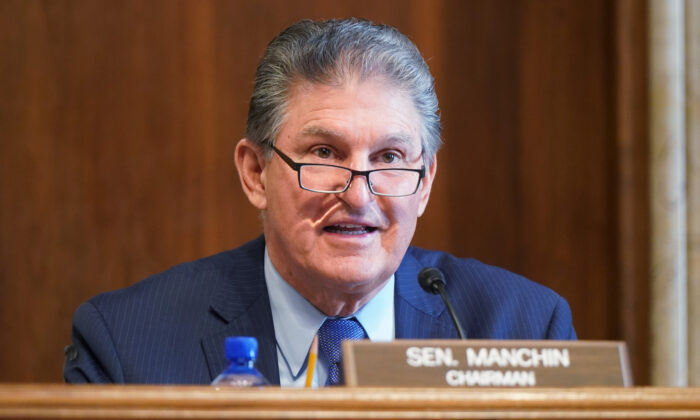 Those statements, which add consideration of greenhouse gas emissions and environmental impacts, including on “environmental justice communities,” for FERC to approve natural gas infrastructure, were the subject of a March 3 hearing of the Senate Committee on Energy & Natural Resources (ENR).

While FERC had previously determined project need on the basis of contracts to ship the gas from a prospective pipeline, the first new policy statement adds factors to assess “need.” It also directs FERC to consider environmental impacts, landowner impacts, and impacts on “environmental justice communities,” among other factors.

The second statement presumes that a project emitting 100,000 metric tons of carbon dioxide equivalents has a significant impact on climate change, meaning that the project must undergo more extensive environmental review.

“To deny or put up barriers to natural gas projects and the benefits they provide, while Putin is actively and effectively using energy as an economic and political weapon against our allies, is just beyond the pale,” Manchin said.

ENR Ranking Member John Barrasso (R-Wyo.) said the new policies would “make it next to impossible to build any new natural gas infrastructure or upgrade our existing facilities in the United States,” noting that they were promulgated through a “purely partisan vote” that split FERC’s commissioners.

The FERC commissioners who voted for the statements said they’re intended to bring FERC in line with court rulings on the Natural Gas Act (NGA) and the National Environmental Policy Act (NEPA).

FERC Chair Richard Glick, who supported the statements, referred to three recent decisions by the D.C. Court of Appeals, Sabal Trail, Birckhead, and Vecinos, saying they confirmed that FERC is required to consider greenhouse gas emissions.

“To put executive branch officials in charge of deciding which cases to follow and which to disregard would be an invitation to exactly the type of unchecked executive branch authority to which my colleagues rightly object,” Glick said.

By contrast, FERC Commissioner Mark Christie, who voted against the statements, said FERC’s new statements seize upon authority that should ultimately rest in Congress.

“In our democracy, it is only you—the legislators elected by the people—who have the exclusive power to decide the major policy questions that impact the lives of tens of millions of Americans, not an unelected administrative agency,” Christie said.

FERC Commissioner Anne Clements, who voted for the policy statements, testified that “it would be indefensible” for FERC to judge need based exclusively on the existence of contracts for prospective pipeline customers.

Yet FERC Commissioner James Danly, an opponent of the statements, said the new approach to project need created uncertainty, describing it as “a vague multi-factor balancing test, in which it will exercise its judgment in place of the market’s to determine whether a project is ‘needed’ or not.”

“Sabal Trail has a narrow holding and cannot credibly be described as requiring FERC’s unprecedented assertion of jurisdiction over the whole of the natural gas industry’s emissions—from upstream production to downstream consumer use,” he testified.