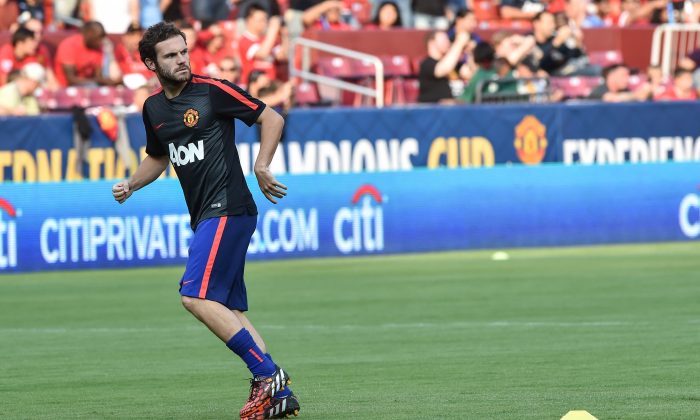 Manchester United and Real Madrid will go head to head in an International Champions Cup 2014 match.

The game will be broadcast on TeleCinco Espana in Spain, as well as MUTV (for subscribers only) in the United Kingdom.

The game will also air on ESPN Deportes, ESPN Deportes Radio, SiriusXM FC, and FOX Network in the United States.

“The manager’s new system could be very good for us,” Mata told ManUtd.com.

“Obviously we need to train more and improve but I think it’s very difficult for opponents when we play like this. For me personally, playing behind two strikers is a great position to help me perform at my best level.

“The first thing the manager told us in pre-season training was that the first three months of this season would be hard, because we had to change our mind-sets and understand what he was trying to do, and there was a new system as well.

“It will take time to fully adapt but, in the meantime, we are doing our best.

“We’re enjoying training and the most important thing is that we are learning from him, because he is a very experienced coach,” Mata concluded.