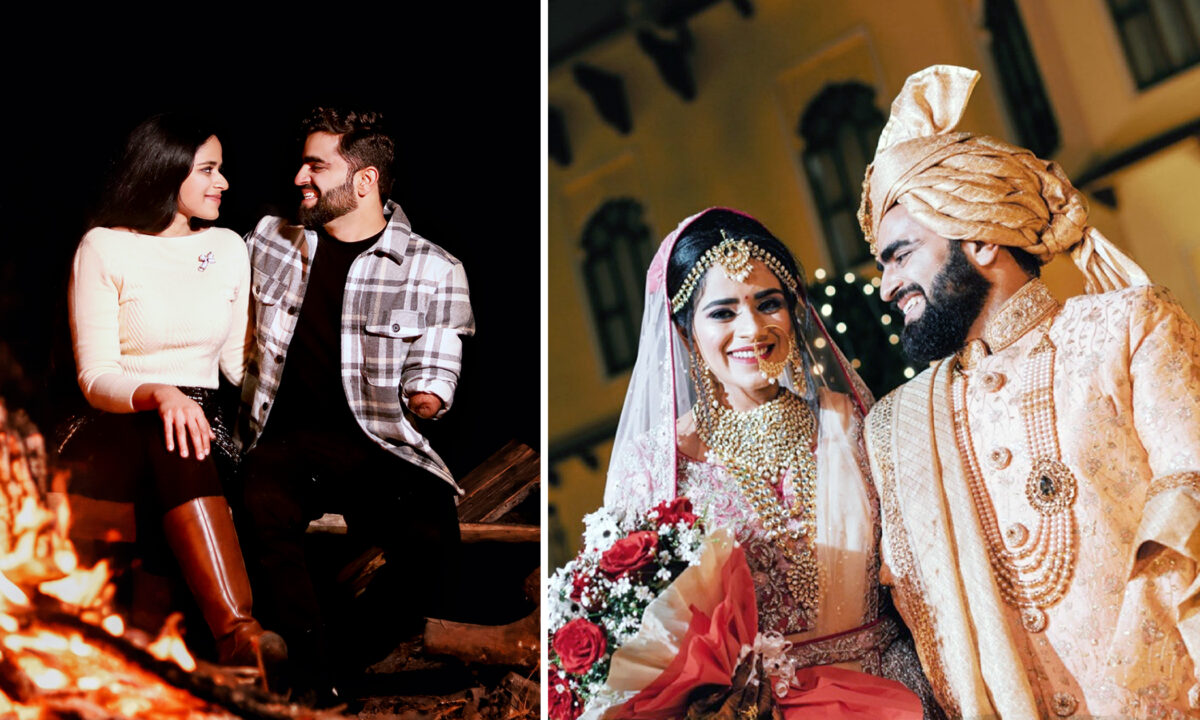 Man Without Arms and His Soulmate Ignore Social Stigma, Get Married After 6 Years Together

An Indian man who lost his arms as a child has endured the judgment of others ever since. However, one person who never stigmatized him was his college sweetheart and partner of six years.

He married her, proving that true love goes above and beyond all the challenges.

Kshitiz Aneja, 28, who originally hails from Saharanpur, a city in the northern state of Uttar Pradesh, touched a live wire by accident at the age of 9 and, as a result, both of his arms were amputated.

“My whole life had changed,” he told The Epoch Times. “I had to relearn everything in a different manner. I was completely dependent on my family.”

Kshitiz’s mother attended school with her son for two years, helping him with written work. The boy felt lonely and isolated by his physical difference, but was determined to be independent, moving to Delhi for three months and discovering self-reliance.

“Those three months were the most challenging time, as well as my most fruitful time,” he recalled.

While studying in Delhi, Kshitiz met the love of his life, Shivangi Chaudhary Aneja, now-27, in 2012 during their first year at Delhi University’s Shri Ram College of Commerce. Kshitiz, an elected class representative, showed late-arrival Shivangi around on her very first day; a Delhi native, she returned the favor by helping Kshitiz navigate the city.

“On her first day itself, I asked for her number for all the communication,” Kshitiz recalled. “But she was taken aback.” Shivangi, who had attended an all-girls convent school, was reassured by Kshitiz’s explanation.

According to a Facebook post, Shivangi even gave him a thank-you note after class. Soon, the two became friends.

The pair would hang out with the same set of friends but Kshitiz felt like he couldn’t fit in because he had enrolled in college with a disability quota. Shivangi noticed this and invited him to a conversation at a cafe.

“I told her about my insecurities,” Kshitiz said. “For the first time, I opened up about my accident.”

However, it wasn’t until Kshitiz returned to his hometown of Saharanpur a year later that he realized he was in love with Shivangi. As he missed her, he confessed his feelings for her and when he was back from his trip he threw a surprise party for Shivangi in front of all of their friends.

After four years of college, Kshitiz had to move to Bangalore, a city in the south of India, for further studies, but the pair made long distance work.

Kshitiz told The Epoch Times that it was Shivangi’s father who first introduced the idea of marriage by asking his daughter, “Do you want to marry Kshitiz?” She replied, “Yes.”

Kshitiz proposed on their sixth anniversary and the couple married just two months later, on Feb. 19, 2021. Their families, who came around to the authenticity of their love, attended the ceremony and blessed them with a happy life ahead.

Shivangi explained to The Epoch Times that she was “very particular” about the wedding and how it would look, including the decorations, color scheme, and flowers. She and her fiancé traveled through several northern Indian states to find the perfect venue, settling on the beautiful Noor Mahal Hotel in Karnal, Haryana.

Shivangi lamented that the busy bride and groom at any wedding often seem to have the least fun. “We decided to change that and have fun at our wedding,” she said. “And the rest … as they say, a picture speaks a thousand words!”

The couple have made a home for themselves in Noida, Uttar Pradesh. Kshitiz works as a sales manager with a leading fast-moving-consumer-goods company, and Shivangi works as a freelancer using her French-language skills.

Kshitiz’s lonely days have been relegated to the past. Claiming that his wife “brings life even into the most mundane tasks,” he has learned, with Shivangi by his side, to pay no heed to social stigma.

“Earlier, when I had shifted to Delhi and used to travel by metro, I used to travel with my head down because I knew people were watching,” he said. “Now when I go in public places, I know that people are still watching me. But I don’t bend my head down.”

People in public sometimes assume Shivangi is Kshitiz’s caregiver, but the bride maintains that they love to travel together. “He handles every situation with the utmost grace, and with ease,” she said.

As to their secret to a successful relationship, Kshitiz believes that open communication and mutual respect are key. He encourages anyone going through a hard time in life to keep their head held high.

“Hard days teach you a lot more than good days,” he insisted. “Try to survive by taking one step at a time; it will be better tomorrow.” 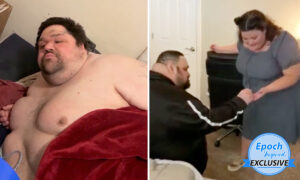 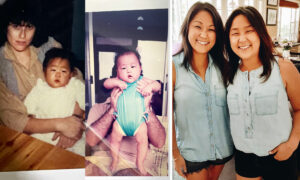 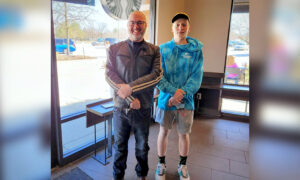 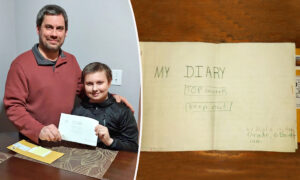