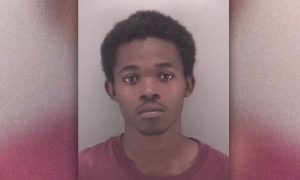 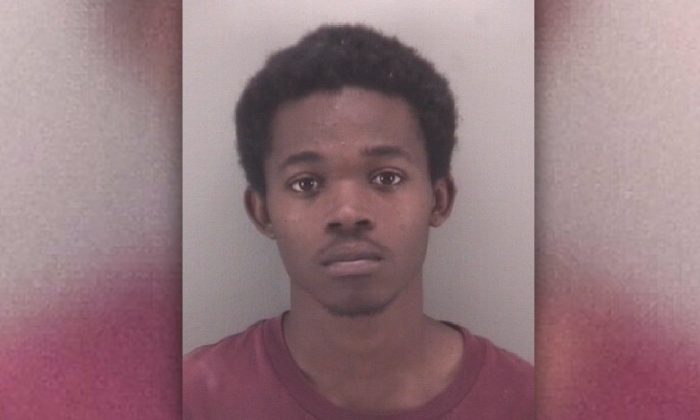 Jyahshua Hill, 20, was sentenced to five years in prison for felony animal cruelty. He was arrested on May 20, 2019. (Richmond Police Department)
Crime and Incidents

Man Who Tied Pit Bull to Fence, Doused It in Lighter Fluid, and Set It on Fire Gets Sentenced

A Virginia man who admitted killing a pit bull in a manner so vicious that it sparked lawmakers to pass stiffer penalties for animal cruelty was sentenced to five years in prison this week.

Jyahshua Hill took a plea deal and will serve five years in prison, the maximum sentence allowed by law, the Richmond Police Department said in a statement.

“In addition, he will have three years of post-release supervision by the court. He is also barred from owning or possessing animals for life,” the department added.

Judge Phillip Hairston said during the hearing that sanity and competency evaluations showed that Hill was competent enough to stand trial, reported WTVR.

Hill tied the pit bull, who was named Tommie by those who later found him, to a fence in Abner Clay Park on Feb. 10, doused the dog with lighter fluid, and set him on fire.

The man who admitted to killing Tommie the dog will serve the maximum sentence allowed under Virginia law.​ https://t.co/i6iHztlOcJ

Prosecutors said that surveillance cameras showed Hill walking the dog from about five blocks away around 7 p.m. that evening.

“You’ll get yours,” the video showed Hill telling the dog, according to Richmond Assistant Commonwealth’s Attorney Denise Anderson. “I’ll show you.”

Video footage showed Hill setting the dog on fire and DNA evidence helped support the case, prosecutors said. Facebook messages obtained by officials through a search warrant showed the man trying to sell or give the dog away.

Prosecutors said Hill admitted his guilt after being arrested on May 20.

“We believe justice was served and it’s definitely a victory for animal activists and Tommie’s memory,” Anderson said after the plea hearing. “The evidence was overwhelming.”

The director of Richmond Animal Care and Control told WRIC previously that in her 15 years of working with animals, the case was the worst she had witnessed.

“It’s the most evil, I would say, there’s an element of evil and a sadness that have over taken all of the other cases we’ve dealt with,” Christie Peters said. “They said that it’s an unbelievable case. That they’ve had more people from the community rally around this case than they have seen in a very long time.”

Officials thanked members of the public for submitting tips that led to the arrest of Hill.

Tommie was rushed to a veterinary hospital with burns over 40 percent of his body and succumbed to the injuries on Feb. 15.

The case spurred a new law that was signed by Gov. Ralph Northam in April.

The bill upped the penalty for animal cruelty to a felony.

Before it was passed, people could only be charged with felony animal cruelty if the animal died.

The bill was unanimously approved by both Virginia’s House of Delegates and Senate before being signed by Northam, a Democrat.

The bill was originally inspired by the case of Sugar, a dog whose owner allegedly beat her with a machete in Virginia Beach in 2016. Because the dog did not die, officials could only charge the owner with a misdemeanor, but it gained steam after Tommie’s death and became known as “Tommie’s Law.”

“We have heard from folks all over the commonwealth who share our belief that anyone who intentionally tortures a dog or cat is a threat to public safety, and should be dealt with severely,” state Sen. Bill DeSteph, a Republican who sponsored the legislation, said in a statement. “We were so saddened by the stories of Tommie, the pit bull who recently died after being set on fire, and Sugar, who was viciously attacked with a machete, but are grateful that their stories helped propel this important legislation forward.”

Correction: A previous version of this article misstated the party affiliation of Sen. Bill DeSteph. The Epoch Times regrets the error.