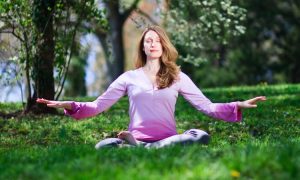 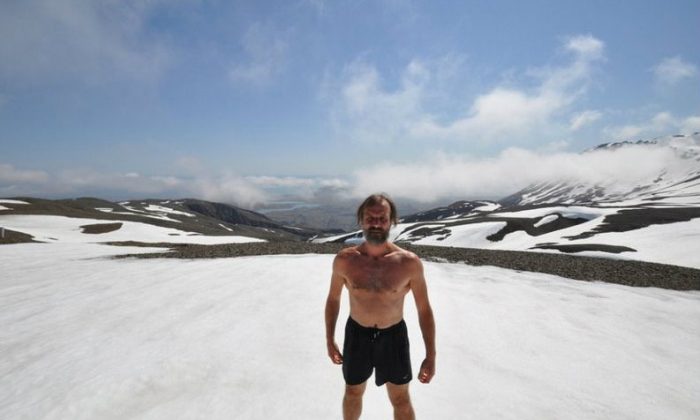 Wim Hof climbed Mount Everest wearing bicycle shorts. Temperatures on the summit range from about -2 to -33 degrees Fahrenheit (-19 to -36 degrees Celsius). He has been tested by scientists, who have determined that he remains virtually unaffected for long periods of time in temperatures that could kill the average person.

The most recent study on the so-called Wim Hof method shows, furthermore, that he is able to combat certain diseases with his mind. And he’s able to teach others to do this too.

Earlier this month, researchers in the Netherlands published a paper in the Proceedings of the National Academy of Sciences of the United States of America showing Hof’s ability to consciously affect his immune system.

Hof taught 12 healthy volunteers his method. Training included meditation, breathing techniques, lying in the snow bare-chested, and swimming in ice-cold water. After the training, these volunteers were injected with toxins to see how their bodies would react. A control group of 12 other volunteers who had not undergone the training were also injected.

The bacterial toxin, made by Escherichia coli, induces temporary fever, headache, and shivering, explained a Nature article. It is a standard inflammation test. The researchers found that Hof’s method gives hope to people suffering from chronic inflammatory disorders, including rheumatoid arthritis and inflammatory bowel disease.

The trainees exhibited fewer flu-like symptoms from the injection. Their bodies produced fewer proteins that cause inflammation and more proteins that prevent inflammation. They produced more adrenaline, a hormone related to immune system responses. More testing is underway.

Hof explained in a YouTube video why he does what he does: “My mission is to show that everybody by their mind can reach more depth within themselves.”

He said he hopes to see people healed by their “inner doctor” rather than continuing a dependency on pills and modern medical practices. “It’s about what I learned in heart-nature.”