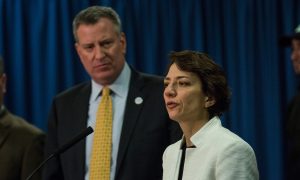 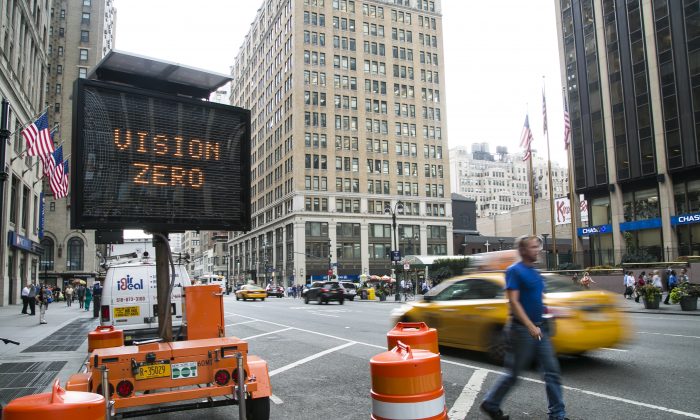 A man was killed on the Upper East Side after a traffic collision Saturday night, according to police.

Wesley Mensing, 27, from Scotch Plains, N.J., was crossing the street with Erin Sauchelli, 30, on East 62nd Street from Lexington Avenue to Third Avenue when the two were hit by a Mercedes Benz SUV.

They were taken to New York Presbyterian Hospital, where Mensing was pronounced dead on arrival. Sauchelli is in stable condition.

The driver, a 45-year-old male who didn’t have a license, had been traveling east on 62nd Street when he hit the couple.

The man was pinned underneath and several people had to help lift the car to move Mensing, according to the New York Post.

The incident on Jan. 3rd is the first pedestrian fatality of the year. Since Mayor Bill de Blasio launched his Vision Zero initiative last year to reduce traffic fatalities to zero in a decade, pedestrian fatalities have dropped to the lowest since the city started recording.

The remaining obstacles are cultural ones, according to attorney Adam White, whose office is known for representing crash victims. If drivers aren’t prosecuted when they are responsible for traffic deaths, it sends the message that it is acceptable behavior, he says.

Over the last year, White says he has seen the beginnings of a cultural shift in the New York Police Department. “We know for a fact NYPD Is implementing issuing summonses,” White said, compared to the years prior when it was common for tickets to be dismissed if the officer was not an eyewitness.