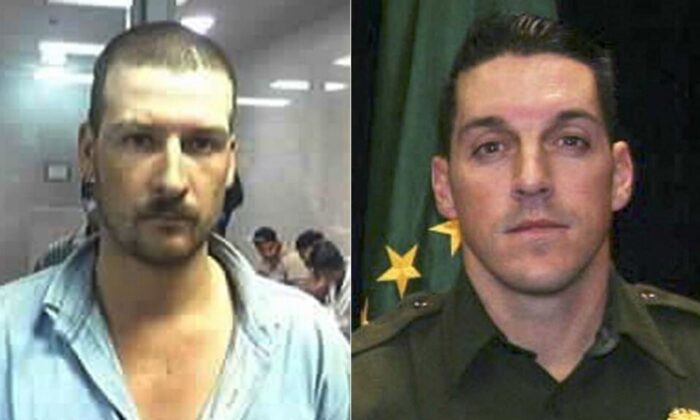 The man convicted of murder as the “triggerman” for the fatal 2010 shooting of a U.S. Border Patrol agent in a case that exposed the ill-fated federal gun-running sting operation dubbed “Fast and Furious” was sentenced to life in prison on Jan. 8.

Heraclio Osorio-Arellanes, 41, a Mexican national, was found guilty in February of slaying Brian Terry, 40, during a gunfight near Nogales, Arizona, between border agents and armed bandits suspected of robbing drug smugglers along the U.S.-Mexico border.

Prosecutors cast Osorio-Arellanes, the sixth of seven defendants in the case to be convicted and sentenced to date, as the gang member who actually shot Terry to death. Another gang member was wounded in the Dec. 14, 2010, confrontation.

In a statement delivered in Spanish and translated for the court before the sentence was pronounced by U.S. District Judge David Bury in Tucson, Arizona, Osorio-Arellanes said he believed he had been wrongfully prosecuted.

“With all due respect, I don’t agree with the trial. Prosecutors pointed to me as a murderer without any evidence, so the jury would say I was guilty. Everything is being done illegally,” he said, standing before the judge in shackles and an orange jumpsuit.

The judge retorted, “I feel like I have to say to you what the law is in the United States, but you refuse to accept it,” adding that Osorio-Arellanes was guilty of murder regardless of whether he fired the fatal shot because he took part in the gunfight in which Terry was slain.

Two of Terry’s sisters also addressed the court. One, Kelly Terry-Willis, tearfully recalled that instead of greeting her brother in a holiday family reunion planned that December, she went to the airport for his “lifeless body to arrive in a flag-draped casket.”

Osorio-Arellanes, arrested by Mexican authorities in 2017 and extradited to the United States the following year, was convicted on a total of nine felony counts, including first-degree murder, assault and attempted robbery.

While Terry has been hailed as a fallen hero, the investigation of his murder led to a major government scandal.

Two AK-47 assault rifles found at the scene of the shootout were later traced back to the bungled gun-running investigation of the U.S. Bureau of Alcohol, Tobacco, Firearms and Explosives (ATF) that embarrassed the administration of then-President Barack Obama and strained relations with Mexico.

As part of its sting operation, the ATF had sought to trace weapons purchased legally in the United States by “straw” buyers and resold into the black market, but federal agents lost track of some weapons, many of which ended up in the hands of drug traffickers.

Four other members of the Mexican “rip crew” involved in the lethal gunfight, along with a fifth man charged with conspiracy, were convicted in U.S. federal court and sent to prison.

A seventh defendant is in Mexican custody awaiting extradition to the United States and will be tried in Tucson, the Justice Department said.